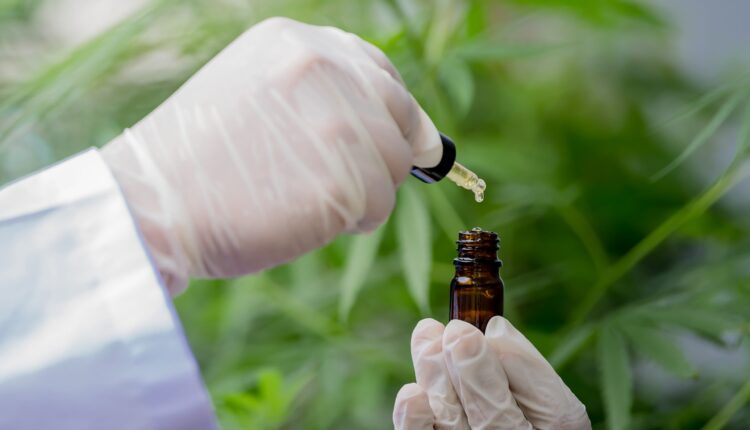 The "father of cannabis", Israel's Dr. Raphael Mechoulam, who brought us isolated THC, is back with a synthetic cannabinoid that is even stronger than THC and CBD! Welcome Cannabidiolic Acid Methyl Ester. It is definitely not your parents' THC.

Raphael Mechoulam was born in Bulgaria in 1930, where he lived with his Jewish family through the Holocaust (his father was sent to a concentration camp – and survived there) before emigrating to Israel in 1949. In Israel he received his doctorate in biochemistry from Weizman University and was on the way.

In 1964, Dr. Raphael Mechoulam the cannabinoid THC or tetrahydrocannabinol. A few years later, the discovery of the endocannabinoid system followed and then the discovery of ananomide, the brain's own version of a cannabinoid. Mechoulam was also the first to recognize the synergistic (or entourage) effect of the different parts of cannabis that work together. In 1980 he showed how CBD or cannabidiol can be used in epileptic patients to treat seizures, PTSD and schizophrenia, and a variety of other life functions.

For a scientist of his stature, Mechoulam has never been honored as a scientist in other fields, probably because cannabis has been demonized for so long, even when used medicinally. Now that cannabis-based drugs are becoming more popular (and more legal), the "father of cannabis" is finally due.

Almost 90-year-old Mechoulam is still there. In the past few months, his latest finding has been revealed: methyl cannabidiol (HU 580), which makes his own rather brazen claims. HU 580 is a synthetic cannabinoid, a fully stable acid-based molecule. Dr. Mechoulam described the following:

"Originally there was an acid that is found in the plant, and these acids are these mysterious worlds of compounds that are much more potent than cannabinoids." However, these acids are unstable and their benefits are essentially lost. Mechoulam and his team have found a way to modify these acids so that they are stable enough to access their medical skills.

Did he do it alone?

No, the new discovery came in conjunction with EPM, a global biotech company, and a company that wants to bring cannabis medicine and pharmaceuticals together for better or worse. What was EPM involved in? The patented connection is known as EPM 301. According to Mechoulam, "EPM has developed a method to work with the original substances of cannabis".

This was complemented by EPM CEO Reshef Swisa, who said: “We took cannabidiol acid and stabilized it using a simple chemical process called esterification. then the connection is stable. “The end product – a now patented compound – was presented in a collaboration between Mechoulam and the US-based EPM.

To learn more about flower cannabis and hemp, subscribe to the weekly CBD Flowers newsletter using the form below

Has it been shown to work?

Once stabilized, the team could begin testing the behavior of this new synthetic cannabinoid acid, and they quickly found that it was a powerful anxiety and nausea suppressant. This is in the publication of a study by Dr. Mechoulam and his team from 2017-2018, in which they examined the effects of methyl cannabidiolate in rats and discovered these anxiety and nausea-reducing effects.

This was followed by another study in rats, this time with Dr. Mechoulam and his team investigated the usefulness of methyl cannabidiolate for behavior similar to depression. In conclusion, they found: “These results add to the very limited results available, suggesting that HU-580 is a powerful anxiolytic. Along with its chemical stability, HU-580 is a candidate for a future antidepressant. "

How is it different or better?

New insights about the cannabis plant come out every day. New terpenes identified, new cannabinoids isolated, new diseases it can help. THC and CBD – the two main cannabinoids of the cannabis plant – are the most frequently studied, but like Dr. Mechoulam noted that these molecules are secondary to unstable acids that come first, and the use of these much stronger unstable acids could make use of the still untouched force that comes with them. And that's exactly what cannabidiolic acid methyl ester is, a stabilized form of one of these much more intense cannabinoid acids that can now take effect.

How active a human body is and how strong these synthetic stabilized acids are ultimately will certainly be an issue for the upcoming research. The possibilities of what they could offer – especially as potentially stronger forms of CBD and THC – open up a completely new path in the world of medical cannabis.

One of the things Dr. Mechoulam wants to achieve with this new compound is an alternative treatment for people who use opioids and steroids. Since CBD has already proven to be a useful treatment for chronic pain, it is quite possible that this new acid offers even greater benefits. Both of the above classes of medication cause many problems, and access to a less dangerous alternative in either case could be very useful for those suffering from diseases who need these medications.

In the Forbes article, Mechoulam said: “We are not only comparing our compound to cannabinoids, but also to the drugs we use today. For example, at IBD we compared our compounds with two conventional products: one is prednisone (the steroid) and one is a biological drug. In both cases, we were able to demonstrate that the activity of our compound is very similar to the usual. "

Regarding steroids, Dan Peer, managing director of the Center for Translational Medicine and head of the Research Center for Cancer Biology, said: “It is an interesting molecule that may have no side effects. It works like a steroid. If it doesn't have any adverse effects, you have a replacement, which is great. "

The role of cannabinoids in the treatment of chronic pain

A possible disadvantage of this new finding is the immediate patenting by EPM. Admittedly, EPM was part of the production of the stabilized acid, but it also means that you have sole rights to it. As a company that is openly trying to bridge the gap between pharmaceutical companies and this new medical cannabis market, it is a little worrying to think that they now have the power that every pharmaceutical company has over its patented medication … something that the world nature has always shaped medicine (to which cannabis belongs) apart from the pharmaceutical world.

That a system cannot be patented. That gap in using a synthetic process in a plant to open the door to patenting and then transferring that patent to a company that wants to transform the medical cannabis industry into another pharmaceutical one – well, it's a little sad for me. And rather see-through. It's no secret that pharmaceutical companies have taken a lot of heat due to the current opioid epidemic.

For them, conquering the medical cannabis market is a way to save face and not lose revenue. But can we really trust the same market that has deliberately (or at least without consideration) made millions of people dependent on potentially lethal drugs for their own profit? Because the more "pharmaceutical" this becomes, the more of it we will probably see.

Pharmaceutical companies tend to get bad packaging – and rightly so. Their lack of care for the masses is evident in insane and unnecessarily outrageous prices, the entry of dangerous drugs into the market and the concealment of test results that do not support their purposes. The idea of ​​turning the cannabis market into a pharmaceutical market appears to be a threatening sign.

In order to better manipulate these plants and their components to get the best product, it is undeniable that we no longer work directly with the plant, but a processed version of it, and that this processing is necessary to achieve the desired one To achieve potency and effect. It is certainly a mystery.

How powerful is HU 580? It's hard to say, but it definitely looks promising. If we know that the precursors to CBD and THC are technically much stronger and that we can now access them through new stabilization processes that we couldn't do before, it could mean that we finally have access to the strongest parts of the cannabis plant. And it is not yet clear how strong that could be or what it could mean. The only thing that is safe? So this is not your parents' THC!

Thanks for stopping by CBD TESTER, Your hub for everything related to cannabis. Check back regularly and subscribe to it Weekly newsletter for medical cannabis to stay up to date on all interesting industry topics.

Hashish Watch: The FDA publishes tips for cannabis analysis, however CBD has to attend

Proudly owning Weapons is a Constitutional Proper, Except You are…

High 5 Causes Its Insane That Crops Are Unlawful