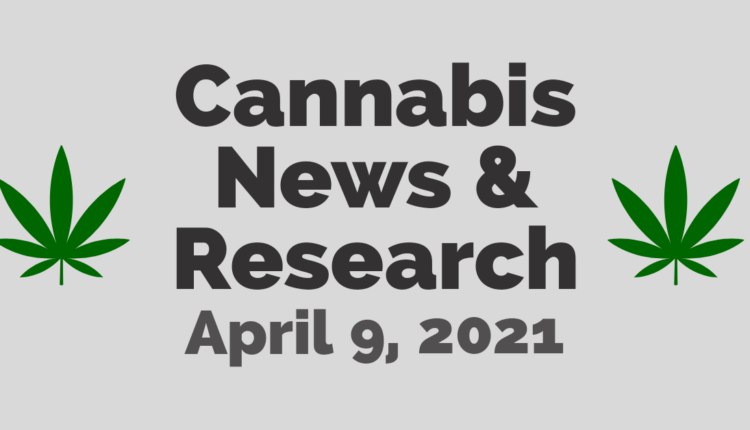 Welcome back everyone. Today's cannabis news and research continues to show just how fast the US is legalizing marijuana. There is also a study that shows that cannabis users are more physically active! Check it out below.

Senate Majority Leader Chuck Schumer said Democrats, with or without President Biden, are pushing cannabis reform bills. The U.S. president was against legalizing cannabis, but that doesn't stop Schumer from putting bills on the floor. These include the SAFE Banking Act and the CLAIMS Act.

He also said the federal government should urge states to clear records of marijuana charges. He says a new bill will soon be submitted to the Senate that could include the complete removal of cannabis from the Controlled Substances Act.

It seems that states are legalizing cannabis like wildfire! Just last week, New York legalized cannabis, followed by New Jersey before that. Now Virginia is the first state in the south to do the same.

According to the law, adults aged 21 and over can consume and grow cannabis themselves. The law will begin in July.

Texas has one of the worst medical marijuana programs in the country. They only allow 0.5% THC in their medical marijuana products. This is well below the optimal dose as THC is the main active ingredient in cannabis. A new bill (HB 1535) would increase this to a whopping 5% THC, still very low, but still making progress. The bill would also allow other conditions for medical marijuana to be approved (cancer, pain, PTSD, and debilitating conditions as defined by the state).

Marijuana stereotypes include laziness and decreased motivation. However, a recent study showed that this doesn't seem to be the reality.

The study, published in the journal Preventive Medicine, looked at a health survey conducted from 1994 to 2018. Over twenty thousand people have been observed during that time, starting in their teenage years. The results of the study showed that regular cannabis users did no less exercise than those who did not. In fact, it has been found that people who use marijuana do more exercise. This study refutes the old idea that cannabis users are lazy and exercise less. It also suggests that cannabis use can inspire people to exercise and encourage physical activity.

We have taught patients here that combining cannabis use with physical activity is an important part of treatment. Read more here.

See you next Friday for more updates! Enjoy your weekend!If you could, tell a friend about this blog so they too will stay tuned.

These are the subsequent large cannabinoids to go mainstream