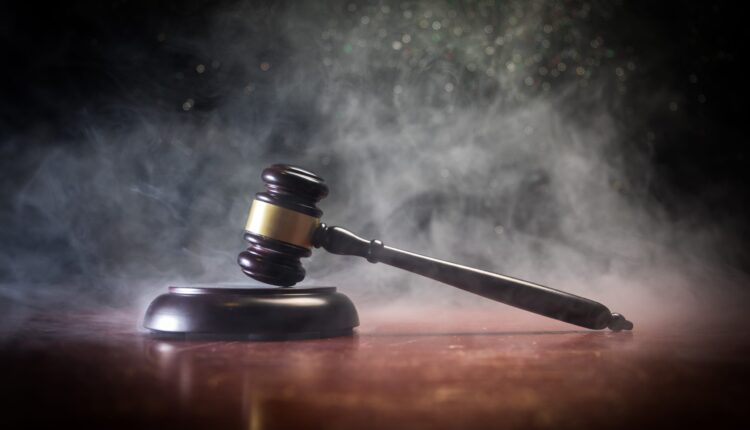 Whenever a new cannabis trend emerges, we react the same every time: excitement from consumers and industry stakeholders, followed by a wave of laws trying to regulate or ban the new product. By the time a product appears on the public's radar, it is usually already on the way to becoming illegal.

This has already happened with many cannabinoids and products, most recently with Delta 8 THC. Despite the fact that it falls under a loophole in the law that makes it technically federally legal; Many states have banned its manufacture and sale entirely. And you might assume that these are only the most restrictive states taking these steps, but then you would be completely wrong. For example, some states, including Colorado and Arizona, do not allow the possession or distribution of products containing Delta 8 THC.

But we're not here to talk about D8. Today we're discussing how exactly this dilemma is playing out in the small but rapidly growing Delta 10 THC market. Which states are trying to ban this new cannabinoid?

To learn more about THC and to receive exclusive deals on flowers and other products, be sure to subscribe to the weekly Delta 8 newsletter

Delta 10 THC followed in the footsteps of many previous cannabis trends and was first discovered in California, although the discovery in this case was purely accidental. It all started when an Adelanto-based company called Fusion Farms bought flowers outdoors to make concentrates. Because of California's forest fire-stricken climate, the biomass they bought had been sprayed with fire retardant, even though Fusion Farms believed the flower they got was pure.

Unaware of the contamination, they continued the extraction as planned, but after the distillation process some unusual crystals began to form. These crystals had a completely different structure than previously observed cannabinoid crystals. After doing some laboratory tests, it was found that these crystals were most similar to CBC (cannabichromene) but still did not match exactly. For several months they continued testing this structure against all known cannabinoids and no match was found.

Eventually, they found that it was another variant of tetrahydrocannabinol that was formed from exposure of plants to these flame retardants – called Delta 10 THC. Basically, D10 is an artificial cannabinoid made by converting D9 or other cannabinoids using a chemical catalyst. In this case, it was fire retardant, but that's obviously not what people expect from their cannabis products. As a result, companies are looking for different – more environmentally friendly – methods of making Delta 10 THC.

In chemistry, "delta" refers to the double bond in the molecular structure of a compound. Delta compounds have more electrons and interact with the body in different ways than single bond cannabinoids. The variation between delta THC analogs depends on where the double bond is on their chain of carbon atoms. Delta 8 has this bond on the 8th carbon chain, Delta 9 on the 9th chain and Delta 10 THC has the double bond on the 10th carbon chain. Although it appears tiny, it makes a significant difference.

Is it legal nationwide?

Although all tetrahydrocannabinols are supposed to be on the FDA's List 1 list of Narcotics, some of them remain legal for technical reasons. In short, if the THC (regardless of which delta) has been extracted from legal hemp or chemically converted from CBD or any other legal cannabinoid, the THC itself is LEGAL.

Since everything specifically related to Delta 10 THC is somewhat new, let's take another look at Delta 8 for reference. Last year there was some controversy and confusion over whether Delta 8 would be included on the DEA's Controlled Substances List. Many in the industry believed this would be banned after the DEA's tentative final decision on “synthetically derived” cannabinoids, but luckily it turned out to be not the case.

Although some changes have been made, the end result was this: If the end product Delta 8 is made from hemp and contains less than 0.3% Delta 9 THC, it is legal. The DEA is adding Delta 8 THC to its List of Controlled Substances, which was only updated in August 2020. However, since the 2018 Farm Bill explicitly excludes "Tetrahydrocannabinols in hemp", this means that any form of THC extracted from hemp falls into the already-falling form and established limits remain legal.

Yes, Delta 10 THC is legal nationwide. However, states can override federal laws if they so choose. It happens all the time with industries like alcohol, tobacco, and gambling. While Delta 10 may be legal nationwide, some state governments are already taking steps to ban the new THC.

Which states are working on bans?

The Alabama Senate Judiciary Committee recently approved a measure banning Delta 8 THC and Delta 10 THC, as well as Delta 9, which is already illegal. The original intent of this law was to regulate a new synthetic opioid, tianeptine, by adding it to the state's controlled substances list. The bill was changed by Republican Senator Arthur Orr, who added the sections on THC at the last minute.

The Alabama Cannabis Industry Association harshly criticized the proposal in a blog post: "It is premature to ban these potentially beneficial treatments for very serious illnesses until research is complete. What we do know is that there have been no deaths attributable to Delta 8-thc, and cannabis is generally safer than some over-the-counter drugs. The Alabama Senate has the ability to regulate delta-8-thc and delta-10-thc in the Compassion Act to keep it controlled, but still accessible to people who benefit from it in order to reduce suffering and improve the quality of life. "

In North Dakota, not only has the Senate swiftly closed a bill that proposed legalizing cannabis, but it has won a new bill that completely bans the manufacture, sale, and possession of ALL tetrahydrocannabinols (especially Delta 8, 9, and 10) rapidly increasing in importance. The governor has 10 days to sign the bill, which would take effect immediately. If this is successful (and is expected to be) anyone who buys or sells products containing THC can face criminal prosecution.

It's hard to say what exactly will happen to Delta 10 THC on a national level. So far, these are the only two states I've heard of actively trying to ban Delta 10. It seems like a lot of wasted time and effort considering that anything with Delta 10 THC is hard to find, and all cannabis products will inevitably be legal (or at least we hope) in the near future anyway.

Right now, the best thing you can do is stay up to date on your local news and laws, and stock up on your favorite products whenever you come across new laws.

Thank you for stopping by CBD TESTERS, your center for all things cannabis. Don't forget to sign up The weekly Delta 8 newsletter For more articles and exclusive offers for flowers and other products!

Vermont is the latest state to ban Delta Eight THC

How one can dose widespread Delta-Eight THC merchandise…