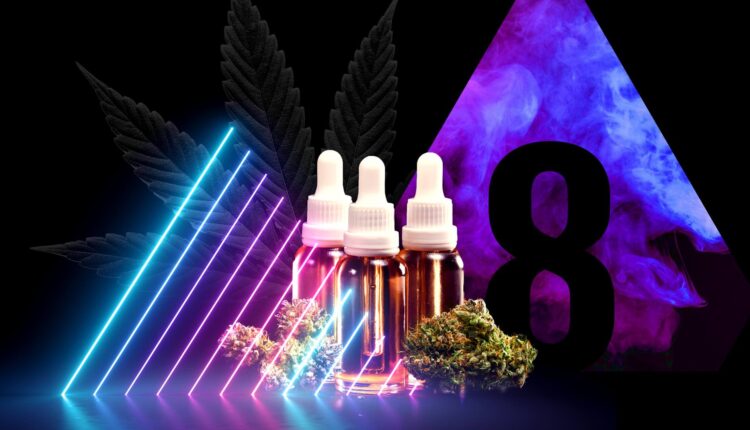 New York officials will ban state production of delta-8 THC products made from hemp. In addition, it becomes sketchy.

In late May, the New York State Department of Health revised its regulations on the processing and retail sale of so-called "cannabinoid hemp". The proposed changes have yet to be publicly commented on, but are expected to take effect later this summer or fall.

While the new regulations appear to be intended to clarify New York State's stance on Delta-8, many questions remain unanswered.

It is unclear whether the proposed new regulations actually ban Delta-8 products, as some media reports have shown, or whether they (as some lawyers argue) simply mark out a new and still opaque jurisdiction that is subject to further refinement by state officials.

New York has some of the strictest regulations in any state for cannabinoids made from hemp, including cannabidiol (CBD).

Last October, Governor Andrew Cuomo launched a government cannabinoid hemp program to regulate the production and sale of hemp and hemp extract and "help protect both consumers and farmers".

The proposed new Delta-8 regulations will be available for public comment until July 19. "After this time, the department will review all comments and, if no further changes are required, adopt the regulations as written with Delta 8 generated by isomerization," said Jill Montag, a spokeswoman for the state health department New York, in an email recently sent to Syracuse.com.

How long will Delta-8 remain legal?

Some cannabis industry observers have questioned the timing of New York's Delta-8 regulations, especially given the state has only just legalized cannabis.

According to David Feldman, A partner at Hiller PC law firm in New York, who is also CEO and co-founder of cannabis consultancy Skip Intro Advisors, appears to be about regulatory scrutiny.

"Because D-8 is made from hemp, defenders argue that its low THC content makes it 'legal' under the 2018 Farm Bill," Feldman said in an email to Leafly. “But the state wants all psychoactive cannabis products to be regulated as such, while regulation of hemp focuses on non-psychoactive abilities. D-8 is psychoactive, albeit significantly less than the typical delta-9 THC we normally see. And there are strong legal arguments that D-8 is indeed illegal under the Controlled Substances Act, even under the Agriculture Act (though this is far from clear). "

But some aspects remain in the dark

Feldman added that while the current "legal obscurity" surrounding Delta-8 makes immediate law enforcement action against manufacturers and retailers unlikely, there are some worrying signs for the Delta-8 industry in New York.

At least one of Feldman's customers, he said, has been "ordered by the state to close while others continue to try to sell what they have until they get a notice from the state."

Feldman said his company warned its New York customers "that the state now considers (Delta-8) illegal and that they should stop selling. The concern is that CBD sellers have found a tremendous market for D-8 products in a very short space of time, and by the time they ceased those sales some have already seen the need to cease operations entirely or consider moving into one To change "legal" status. "

I tried Delta-8 THC: this is what it feels like

New York has long been an east coast cannabis hub. A survey published a few years ago by the German PR and communications company ABCD found that the Big Apple leads the world's most important cities when it comes to cannabis consumption.

“I never signed up for D-8. It was too new and isolating the system is a bit difficult. "

Vladimir Bautista, co-founder of Happy Munkey, a cannabis lifestyle and advocacy brand based in New York City, told Leafly that Delta-8 has been on his radar for several years.

“I'm not 100 percent familiar with Delta-8, but a lot of people have been pushing to sign up,” he told Leafly. “I never signed up: it was too new and isolating the system is a bit difficult. We really don't know the long-term implications, and we don't know if it will be legal for long. "

Bautista believes that the government crackdown on Delta-8, combined with the rise of legal adult sales, will push many New Yorkers back to traditional cannabis, or CBD. These cannabis users, he added, “are trying to avoid as many headaches as possible with the legal market. People can (now) have three ounces or five pounds in their homes and growing them so people don't need a headache anymore. "

Confusing language in the new rule

For those directly involved in the production and sales of Delta-8 in New York, the state's updated regulations come as no complete surprise.

“It's nothing new; There's always someone out there wanting to prohibit or legalize or change something, ”said Kylie Halperin, CEO and co-founder of Pennsylvania-based DD8, a wellness company that works with cannabis growers in the United States. DD8 sells Delta-8 products along the entire East Coast and elsewhere in the United States.

"We saw it with CBD," Halperin told Leafly, "the same is now with Delta-8."

Halperin also emphasized her belief that what is happening to Delta-8 in New York is not a ban on owning or selling Delta-8 products. The language in the new regulations is terribly confusing "because it relates specifically to the manufacturing / extraction process".

Mary Bielaska, an attorney and cannabis management consultant who works with Halperin, actually believes that New York regulations are interpretable.

“The way I read the legislation,” she told Leafly, “doesn't prohibit Delta-8. It prohibits the conversion of delta-9 to delta-8. And it requires someone to be sure that the product that the manufacturing process begins with is a hemp product. "

Bielaska said she believes New York regulators have paid close attention to the Delta-8 controversy. "I think someone did their homework," she remarked. “Whoever drafted this law, I think they drafted it very deliberately. You are concerned about the safety of Delta-8 products for a number of reasons. "

The main task of the regulatory update, according to Bielaska, is that the state wants to ensure that every Delta-8 extraction is done via a natural process and without harmful contaminants.

"But there is a certain gray area in this law, and I think that's intentionally vague," she said. “You have reserved the opportunity to make further statements. They expressly stated that the department can introduce additional limits as soon as they are more confident about this topic. "

"I don't think the New York State Health Department will be tolerant of anyone who openly thwarted the new (adult cannabis) legislation," she said, "and I believe they are completely intolerant of anyone who produces without it his will see what your extractor does, how you make the product and what comes out in the end. "

Bruce Kennedy is an award-winning reporter, editor, and producer based in Colorado. He has been involved in the legal cannabis industry since 2010.