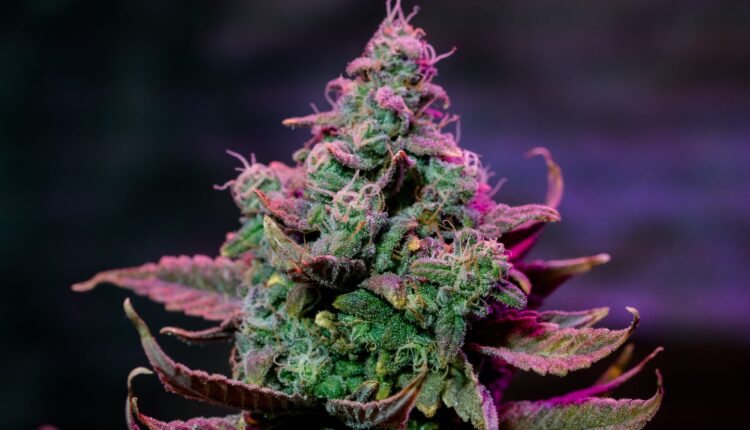 If you’re buying legal weed, regardless of what state or country you’re in, there is a very strong possibility that you’re getting irradiated, or ‘nuclear’ pot. That might sound weird and scary, but it’s more common than most people realize; and not just in the cannabis industry, but in agriculture and healthcare as well.

When it comes to safety, nuclear weed is actually (believe it or not) perfectly fine, despite some possible changes to the flavor profiles. Safety is the core reason for blasting weed with radiation in the first place, to eliminate plant contaminants without sacrificing quality. Despite this, marketing irradiated cannabis products, has been an uphill battle for producers and retailers.

The cannabis plant is so interesting and complex, and we’re learning more about it every day. To stay current on everything important happening in the industry, subscribe to the THC Weekly Newsletter. Also, it’ll get you premium access to deals on cannabis flowers, vapes, edibles, and much more! We’ve also got standout offers on cannabinoids, like HHC-O, Delta 8, Delta 9 THC, Delta-10 THC, THCO, THCV, THCP & HHC, which won’t kill your bank account. Head over to our “Best-of” lists to get these deals, and remember to enjoy responsibly!

What is ‘nuclear weed’?

So, let’s start with the basics. What exactly is ‘nuclear’ cannabis? In short, it’s cannabis that has undergone irradiation to sterilize it and kill any mold or possibly harmful bacteria. A lot of people hear the “radiation” part and are immediately put off; but there is a big difference between irradiation treatment and being exposed to radiation.

Put simply, radiation refers to the number of photons that are being emitted by an independent energy source. By and large, there is no one specific definition for radiation, but it’s more of an umbrella term that can be used to describe various, single-source phenomena that are related to the release of energy. That said, when talking about “exposure to radiation”, it’s often at dangerously high levels. With irradiation, on the other hand, the exposure to energy is calculated and intentional.

Industry reports claim that an estimated 80-90 percent of cannabis available at retail locations throughout Canada has been irradiated, and roughly the same numbers (slightly less) apply here in the United States. Irradiation has been used for a long time in other industries, one common example is for sterilizing medical equipment. Irradiation is also an EPA-approved method of decontaminating produce, or you know, most of the food items that you buy from supermarkets. Theoretically, weed shouldn’t really need to be treated with radiation. Ideally, a successful grow should be free of contaminants anyway, but we know that is not always the case.

One of the most promising uses for irradiation is to eliminate mold and bacteria in flower – which for consumers, can be a gross inconvenience at best, or a major health concern at worst. Weed is not commonly advertised as being “nuclear” or “irradiated” because most people don’t even want to hear any of the details behind the process. But for many users, those with weakened immune systems and underlying health conditions in particular, nuclear weed is all they can smoke.

George Terry, the executive vice president of sales at Rad Source Technologies, one of the top suppliers of irradiating devices for the U.S. cannabis industry and the maker of the irradiation devices at EOS Farms, says he has clients in 23 states already. According to Terry, “For an immunocompromised patient like a cancer survivor, irradiating cannabis could be the difference between a safe smoke and a life-threatening fungal infection.”

Many researchers claim that irradiation has no negative impact on the therapeutic components of cannabis, but that’s because they were mainly focused on how the treatments impacted cannabinoid content (THC and CBD primarily). They seemed to completely glaze over the fact that up to a 38% reduction in terpene levels was documented.

In a study conducted by internationally acclaimed cannabis researcher Dr. Arno Hazekamp, he explains that some patients who have been treated with irradiated medical cannabis noticed “a change of taste or effect”, while others were “concerned over the potential changes in chemical composition as well as the quality of the product.” As per his data, it was discovered that irradiation reduced “the content of terpenes such as myrcene and linalool” while another found no indications of “changes in cannabinoid profile”.

Dr. Hazehamp explains that “such opinions may be hard to substantiate because the same cannabis is usually not available to consumers in both its irradiated and non-irradiated form to allow direct comparison, meaning there is no ‘baseline product to quantify the magnitude of change, and not to mention the fact that cannabis effects are somewhat subjective to the consumer.”

He makes an interesting point there, but his own data does, in fact, substantiate the consumers’ claims because there is a notable drop in terpene levels. He mentioned myrcene and linalool specifically, both of which are very prominent in many cannabis strains. An up to 38% drop in those two terpenes would absolutely equate to a change in flavor profiles, as well as possibly a loss in some medicinal benefits.

Terpenes are a very large and diverse class of organic compounds that are produced by a wide variety of plants. In cannabis, they are secreted by the same glands that produce some of the more dominant cannabinoids including THC and CBD. Their role and effects are quite different, however. Terpenes are aromatic plant oils that, when combined with other plant compounds, create a never-ending palate of scents and flavors. In nature, terps serve as a defense mechanism by deterring herbivores and by attracting predators and parasites that attack herbivores.

Chemically, terpenes are hydrocarbons, and they differ from terpenoids, which typically have added functional groups such as oxygen. The words “terpenes” and “terpenoids” are often used interchangeably but this is incorrect. Terpenes are also the major component of rosin, which a sap/waxy-like substance that is produced when cannabis buds are placed under high heat and pressure. Climate, weather, age and maturation, fertilizers, soil type, and light cycles can have an impact on the development of terpenes.

As far as cannabis goes, terpenes are the key to differentiating the effects and flavor of a strain. Some terpenes are relaxing, like those found in lavender, while others are energizing. Some smell fruity, some are piney, some are musky. There really is no limit to the variation. So far, over 100 different terpenes have been discovered in cannabis plants alone, and each strain typically has its own unique blend and composition of terps.

Terpenes have long been known to hold great therapeutic value, and some of the more common ones have been studied more extensively, considering they’re found in many different types of legal plants. More research is needed to determine the extent of their medicinal effects when combined with other cannabis plant compounds.

Again, the idea of irradiated, nuclear cannabis buds can sound unpleasant, understandably, but when you begin to unravel the science behind it, you realize it’s not that bad and you are then able to really appreciate its role in the industry. If you’re a relatively healthy, recreational cannabis smoker, it’s fine to prefer things more natural. But for immunocompromised patients or those with certain pre-existing conditions, nuclear weed opens up a whole new world of therapeutic possibilities for them.

Welcome to the site! Thanks for making it to CBDtesters.co, the top internet spot offering up fully-rounded independent news covering the growing cannabis and psychedelics industries. Stop by frequently to stay up-to-date on these dynamic industries, and make sure to sign up to The THC Weekly Newsletter, to ensure you’re never late on getting the news.

Hashish within the Ontario Election