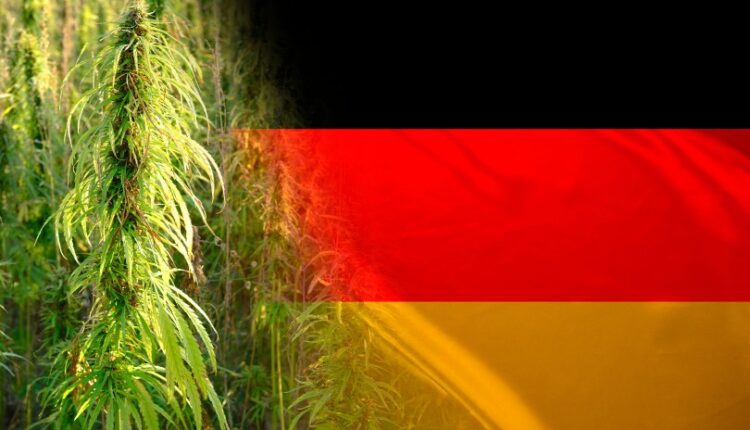 The new cool thing in Europe seems to be talking about impending cannabis legalizations, which are not backed by anything other than a promise, and which come with no upcoming date. Germany just joined Switzerland and Luxembourg in claiming it made the decision to legalize recreational cannabis, but apparently we’ll have to wait a little longer to find out when.

Germany stated its set to legalize cannabis, but what backs this up, and when will it happen? This publication focuses on cannabis and psychedelics stories, bringing you everything going on in these changing landscapes today. Follow along by subscribing to the THC Weekly Newsletter, and also get first-place access to deals on a catalogue of cannabis products like vapes, edibles, and smoking devices. Along with that, we’ve got deals on tons of cannabinoid compounds like the super popular delta-8 THC. Please keep in mind, *cannabinoid products are not everyone’s first choice. We support customers only buy products that they are fully comfortable with using.

The latest in Germany

When a government is in the midst of doing something, and it isn’t putting out direct information for its citizens, it means it’s probably not going to, even if asked. I think we’re all aware that governments are good at giving government lines, wherein, questions are often ignored, in place of restating obvious lines. On one hand, populations seem so used to this treatment, that an ignored question and standard answer, actually make for coverable stories these days. On the other hand, perhaps if no formal statement is made, we shouldn’t expect an answer to the question anyway.

In early May, Germany’s Health Minister Karl Lauterbach confirmed to German newspaper Handelsblatt that he supports that the country legalize cannabis, saying “I’ve always been opposed to cannabis legalization, but I revised my position about a year ago.”

Earlier then that, on April 6th, Marco Buschmann, the Justice Minister announced that he was in the midst of strategizing a legalization in conjunction with the Ministry of Health, which would involve a consultation process. This process would included talks involving representation by federal, state, and local governments, along with other organizations. The conversations are set to start this summer, with a formal bill hoped for by late 2022.

On the same day, via Twitter, Finance Minister Christian Lindner also confirmed – in a way – that the country was undertaking the legalization process, saying cannabis would be legal soon.

As you can see, none of this gives any real information about what to expect, or when. In fact, it sounds like a bunch of government ministers not wanting to say anything, or having nothing yet to say. So little has actually been confirmed, that it brings up the question of whether we’re sure Germany will go through with this. As of last fall, Germany made what sounds like an official decision to legalize, but how official is a decision with no legal backing?

Why do we keep looking to Germany’s government to give us more information on a legalization? Technically this decision was made back in October 2021 by the new government coalition ruling Germany, made up of three pro-legalization parties: Social Democrats (SPD), Green Party, and Free Democrats (FDP). By November 2021, it was said that a bill was in progress.

The decision was to create “the controlled sale of cannabis to adults for recreational purposes in licensed shops.” This would make cannabis accessible to adults 18 years and up. Whenever it comes out, a new Cannabis Control Law would regulate licensing for cultivation, and general rules of sale.

For years, Germany was ruled over by right-leaning coalitions, headed by Angela Merkel of the Christian Democrats. Cannabis reform was repeatedly blocked by these parties, even as Germany itself became more acclimated to the idea of it, with more of the population in agreement with its legalization. Perhaps this is one of the reasons that Angela Merkel stepped down, understanding that a new era is here.

In the last Bundestag elections in 2021, it was already known that Merkel, the chancellor since 2005, would step down. The resulting election saw the longstanding center-right Christian Democratic Union (CDU) lose its upper hand in favor of the Social Democrats, a coalition partner to the CDU which is pro-weed, but which was constantly stifled by the CDU. This time around the SPD took the most seats, and left the Christian Democrats out of any coalition, instead forming one with two other pro-legalization parties. In fact, one of the first topics of business, was the agreed upon legalization of cannabis.

At that time, an anonymous representative explained to die Funke Mediengruppe publication, “We’re introducing the controlled distribution of cannabis to adults for consumption in licensed stores. This will control the quality, prevent the transfer of contaminated substances and guarantee the protection of minors. We will evaluate the law after four years for social impact.”

The new European trend of legalization

Usually in politics, we wait for bills to come out before coming to the understanding of a legal change. The reason for this, is that a lot of things are often said on a political stage, and not all (or even much) is actually relevant in the end. Tons of bills that get introduced, pushed hard, and lobbied for, die anyway. Simply having a bill, isn’t a direct lead-in to a new law. Statements without published laws behind them suffer under the weight of not having official backing, and in very few instances do we simply trust a statement when there is nothing to show for it.

The new trend in Europe is for countries like Germany to make statements about their decision to legalize cannabis, but with no approved legalization measure in sight. Does this mean that a measure must go through? Not exactly. We know something will go through, but as none of the specifics have been worked out, and nothing voted on, we really don’t know what.

Switzerland Legalized Recreational Cannabis, But Still Waiting On A Bill

Having said that, the statements themselves are essentially marketing lines, letting the world know the interests of these governments. It suffices to say that the reason these statements are trusted, is because the leadership of these countries have indicated a strong desire to reap the rewards of a cannabis market. So no, these are not official policies, but realistically, they almost certainly will go through.

Germany joins other countries in making promises to its citizens about an upcoming bill to legalize cannabis. The first to do it was Luxembourg. Back in September, 2021, Luxembourg became the first European country to make such a statement, while the bill it spoke of was merely a proposal. Under the proposal, Luxembourg would allow adult-use for 18+, and for private residents to grow up to four plants in a home. As stated, a lot of bills come up, and they don’t always go through, so even though Luxembourg pushed a story of being the first legalized country in Europe, it really is just pushing a standard bill.

Switzerland also got in big on making announcements for things that haven’t happened yet. In September 2021, it too declared the decision to legalize via the Social Security and Health Commission, which is a part of the Council of States, also known as the upper house of the Federal Assembly; Switzerland’s parliament. The council took a vote, with nine out of 11 members voting to change laws (not to directly legalize). The next move is for parliament to draft a bill, which means no laws are close to changing yet, and there is no guarantee for how they will.

On the other hand, Malta didn’t just make statements. It went all the way, actually becoming the first European country to pass a measure. It did so with Bill no. 241, on December 14th, 2021. The final vote for passage was 36 to 27. The new law permits cultivation and use, but does not set up a regulated sales market. Adults 18+ can have up to seven grams on their person, and up to 50 grams stored.

The country is looking to set up ‘associations’ in the place of a legal sales market, whereby non-profit organizations will grow and distribute plants and seeds. This sounds similar to Spain’s cannabis clubs, but whereas Spain’s clubs function off a legal loophole, Malta’s would function in an above-board fashion.

The world is moving in a very specific direction when it comes to cannabis legalization, even if it doesn’t always move fast. In fact, it’s moving so directly, that several countries are stating their future plans, without having the legislation to back them up. Luckily, since it’s a competitive market, and everyone wants money, Germany is expected to fulfill its intention to legalize, just like Switzerland and Luxembourg, as well.

Welcome everyone! We appreciate you stopping by CBDtesters.co, your preeminent internet location for updated and relevant independent coverage of the cannabis and psychedelics fields. Join us daily to stay abreast of all the moving pieces in these dynamic industries, and check out The THC Weekly Newsletter, to ensure you’re never late on getting a story.

The post Germany Decided to Legalize, But When? appeared first on CBD Testers.