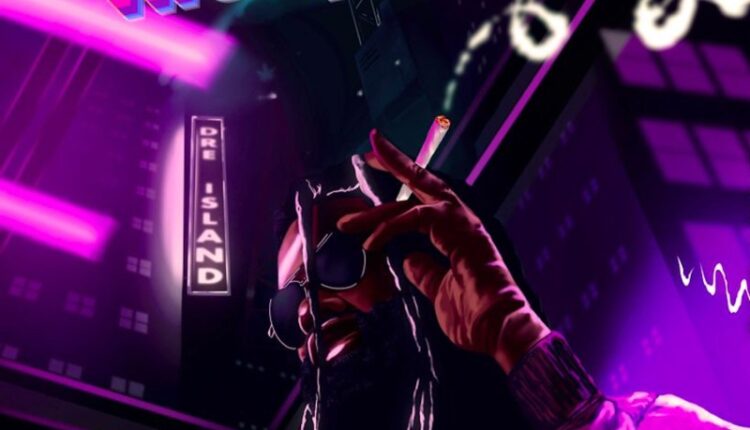 From Kingston, Jamaica, musician and singer Dre Island has been writing love songs to cannabis, and they’re all featured on his newest album High Times. Since childhood, Dre’s been moved by music and his talents speak through his unique sound, aided in part by cannabis. “For me, cannabis has been a part of all my creative processes,” he said. “When I’m making a beat, when I’m producing a beat, when I’m writing a song, when I’m shooting a video, when I’m taking photos — I was never under the mindset that I was doing something wrong or illegal.”

Classically trained in piano, Dre’s musical influences span all genres, and his own songs pull from Reggae with a mix of everything in between. He’s collaborated with multiple artists throughout his career, including Popcaan, with “We Pray”, which has now garnered millions of views and downloads. He was also featured on Wyclef Jean’s 2020 single “Justice” dedicated to Ahmaud Arbery, who was murdered by white supremacists in February 2020.

Now, his most recent music goes back to cannabis. On High Times, the song “High Times” features Jamaican-born artist Skillibeng with the lyrics: “All I need now is some papers / And some good kush to get me through this day.”

Dre shared, “I realize that every single thing that I do, cannabis is a part of me,” and when listening to “High With You” you can hear that dedication shine.

Though his newest songs are devoted to the plant, you don’t have to be a consumer to appreciate the sound. “If you want to feel high and don’t use the herb, well, then feel inspired by the herb through music,” said Dre. “Feel that highness, feel the good vibes, feel that peace of mind. And feel that time out, out in space by yourself, where it’s just you. That’s the whole meditation and reason behind doing the High Times album.”

Here are the cannabis products Dre Island can’t live without.

“For me, I’m more of an indica type of smoker versus sativa. I’m the type that likes to feel high from the crown of my head to the sole of my foot.”

“My favorite strains are OG strains — any line in that OG Kush line. I love GSC, but I also learned that it’s a strain diverted from OG Kush, so OG Kush is really my favorite.”

“I know there’s a lot of cloning that’s going on, everyone’s making their own, and there’s a new one around town now that I’m smoking: Gumbo. That’s good.”

Gumbo is a Black-owned cannabis brand on the East Coast and offers both cannabis accessories and flower.

Harris Bricken and Its Attorneys Acknowledged in Chambers USA 2022 Information

What's new in weed: merchandise and information from Kiva…

The Drop: 7 new strains coming to dispensaries in August 2022

What's new in weed: merchandise and information from Garcia…