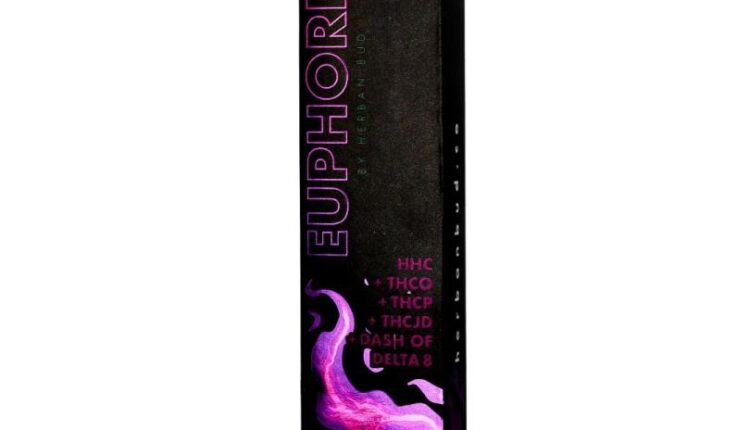 Happy Fourth of July weekend! As the name indicates, Independence Day commemorates the day the Declaration of Independence was passed, and thus, the United States became its own nation free from British Rule. Similarly, the cannabis industry shares that independent, rebellious spirit as well.

To stay current on everything important happening in the cannabis and psychedelics industries, subscribe to The Cannadelics Weekly Newsletter. Also, it’ll get you premium access to deals on cannabis flowers, vapes, edibles, and much more! We’ve also got standout offers on cannabinoids, like HHC-O, Delta 8, Delta 9 THC, Delta-10 THC, THCO, THCV, THCP & HHC, which won’t kill your bank account. Head over to our “Best-of” lists to get these deals, and remember to enjoy responsibly!

4th of July: A Brief History

Traditionally, we celebrate Independence Day on the 4th of July. Most believe to be the day the declaration of independence was signed, but that actually happened on July 2, 1776. Two days later, on the 4th, Congress approved the final text of the Declaration, meaning our independence was made official on that day. Fun fact, the declaration wasn’t signed until August 2nd of that year, but at that point it was just a formality.

It just so happens that America in general, is also gaining cannabis independence. What was once a completely illegal product, is now gaining so much support that 18 states have recreational legalizations, 37 states have implemented some type of medical program, and about half the population of the country now live in places where they can smoke marijuana without a problem.

The Cannabis Industry: Past and Present

Cannabis and other psychedelic plants have been used therapeutically in Eastern traditional medicine for centuries and its use has been noted in numerous different countries and continents throughout history. Even in the United States, the value of cannabis as a healing plant was known far and wide.

Back then, Eli Lilly, Bristol-Meyer’s Squib, and other major pharmaceutical brands were using cannabis extracts, sometimes even whole plant matter, in their formulations. A New York Times article from 1876 even cites the use of cannabis to cure a condition referred to back then as “dropsy”, which was swelling in the soft tissues from an accumulation of fluid in the body. Today this would be known as edema.

Before 1910, the word “marijuana” did not even exist in American culture. It was known by its scientific name because recreational use was not very widespread at the time. Following a wave of LEGAL immigration in the early 1900s, the idea of recreational cannabis use was on the rise. The government used that as a scapegoat to push ridiculous cannabis regulations, but it’s one of those situations where it really is hard to determine cause and effect: was the uptick in cannabis use caused by the new citizens and population growth, or where these two events completely unrelated and just occurring at the same time? Cannabis was nothing new and increased curiosity and use seemed inevitable.

Regardless, once the government realized people were using cannabis for fun and not just to treat chronic illnesses, the war on weed began. A familiar name in modern cannabis history is Harry Anslinger, the first commissioner of the Federal Bureau of Narcotics. When he got appointed is when the word “marijuana” start making the headlines and the word “cannabis” became of thing of the past. It really shows how powerful is the parallel between language and public opinion.

Although “cannabis” was a medicinal plant that was relatively well-known in the United States, “marijuana” (spelled “marihuana” at the time) was seen as a dangerous drug that creeped in the shadows of America’s counterculture. Many point to the fact that without his fabricated war on “drugs”, Anslinger would have had nothing to do and inevitably lost his position. So he took some disturbingly racist ideologies, a lot of fear mongering, and a touch of hardcore conservativism and weaved together what would end up being a decades long campaign against a harmless plant and many innocent people.

When we think of freedom, the word choice also comes to mind, and in today’s cannabis industry, if there is one thing that’s not lacking, it’s choices! Check out the nice variety of deals below, including vape carts, edibles, and disposables – all high potency products. Thanks for checking out this week’s edition of The THC Weekly Newsletter – Enjoy!

Do you want to experience one of the strongest disposable vapes in the entire US market? With verified lab results, Euphoria by Herban Bud 2g disposable is it! With over 1.5% pure THCP and more of HHC, THCO and THCjd, it is one of the strongest products out there! At $49.99, this is a steal but because you’re part of this group you get it at 50% off with our coupon code!

Watermelon OG (Sativa), Acapulco Punch (Indica) and Apple Fritter (Hybrid) will have you higher than anything else you’ve ever tried or 100% of your money back! We’re seriously impressed with what they’ve put in there. Take a look at the COA for yourself and you be the judge. TIP: Use the ‘CBDTESTERS50’ coupon code to get these 2g disposables for only $25!

Click here to save big on ultra potent disposables!

This double pack comes with two, 2g disposables containing THCO, Delta 9 THC, and live resin. Each disposable comes in a different flavor as well – Canydland that has a sweet, fruity flavor, and Acai Berry Gelato, which is more tart and robust.

Follow the link to save big on THCO/D9 carts!

(Use ’35testers’ coupon code to save)

This Lemonade Kush Sugar Extrax Disposable is a 2-gram Hybrid that is a blend of Delta 8 THC, Delta 10 THC, and THC-O along with delicious Lemonade tasting terpenes.

Click here to stock up on sugar extrax disposables

Get 35% Off Blended Gummies This Weekend Only!

These fun gummies contain a unique of Delta 8 THC, HHC, and THC-O. Each jar comes with 20 gummies that have 35mg of cannabinoids each, totalling 700mg per bottle. The flavor is delicious, tropic mango. Only $26 using our coupon code!

TIP: Use the coupon code ‘FIRECRACKER’ to save on these gummies between 7/1 and 7/4

Save on ‘Supreme Blend’ 2 Gram Disposables!

These “Supreme Blend” 1500mg disposable vapes contain a full spectrum blend of HHC, Delta 8 THC, THC-O, THC-P, and CBN. It comes in the popular strain flavor, strawberry cough, which is a hybrid. Only $29.99 each! TIP: Use the following coupon codes based on how much you’re spending (between 7/1 and 7/4):

Blended moonrocks! Moonrocks are small nugs, rolled around in distillate oil and coated in kief. They contain THC-O and Delta 8 THC, and you can get them for only $22 for the eighth and $39.99 for the quarter.

TIP: Use the coupon code ‘cbdflowers’ to get the prices listed above!

Delicious and potent! 100mg ‘cosmic krispies’ fruit cereal bars. Only $8.99 each when using our coupon code. This is the perfect opportunity to stock up while the prices are low!

Welcome to the site! Thanks for making it to Cannadelics.com, the top internet spot offering up fully-rounded independent news covering the growing cannabis and psychedelics industries. Stop by frequently to stay up-to-date on these dynamic industries, and make sure to sign up to The Cannadelics Weekly Newsletter, to ensure you’re never late on getting the news.

The post Celebrating Cannabis Independence On Fourth of July appeared first on Cannadelics.

How one can Discover the Finest Delta Eight Oil