5 cannabis cooks to rent to your subsequent feast 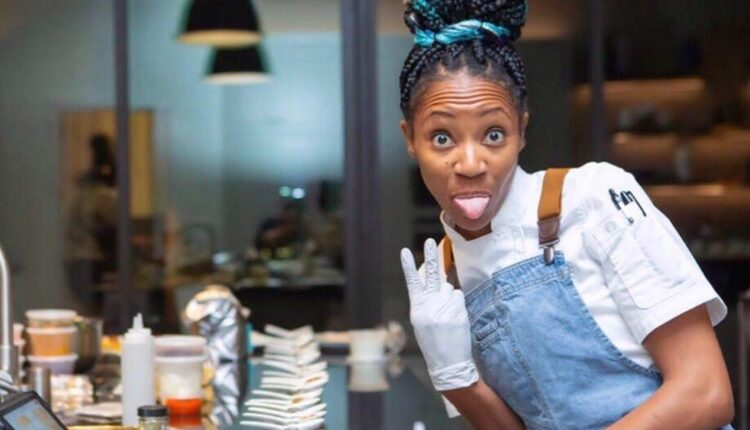 If you love edibles, then you’ll definitely love an entire multi-course meal centered around them. Cannabis-infused foods and dinners are one of the coolest ways to evolve your relationship with the plant and they’re also an excellent way to promote your brand and grow your network.

There are many chefs out there who are doing great work in connecting the worlds of weed and food for consumers of all levels.

Here are five chefs that you should hire for your next cannabis-friendly event.

Chef Amanda Jackson is a personal chef who’s been cooking professionally for over two decades. Her talents have been hired by many big names like Dave Chappelle, Kevin Hart, and HBO.

Chef Jackson attended culinary school at Johnson & Wales University in Charlotte, North Carolina before she stepped into the world of restaurants. In 2017, she went into business for herself and has been cooking with weed since 2016.

Her mission is to enhance her dishes with the herb, not to simply get you high off a fancy edible. One of her signature dishes is an infused fried okra salad, consisting of fried okra, pickled onions, and pickled sweet peppers over a bed of greens with an infused balsamic vinaigrette.

Chef Leather Storrs is a beast in the kitchen, straight up. He is the host of the Netflix show Cooked with Cannabis, a graduate of The Culinary Institute of America, the former owner of Noble Rot in Portland, and the maker of the best steak I have ever tasted in my life.

Storrs has been cooking professionally for over 30 years. He was led to the intersection of food and weed by necessity. A fan of edibles, he was never able to find ones that satisfied him, so he started making his own THC-infused caramels called Wezzer in 2014. A year later, he was hosting full-on infused dinner parties.

Chef Storrs takes extreme pride in using humor to guide his menus, which is why one of his signature dishes is a homemade infused version of Lucky Charms. “Successful infused food is food that’s playable,” he said about why he started whipping up a weed cereal.

Hawaii Mike is a chef that’s been rocking out in New York’s legacy market since 2014. His brand is Chef for Higher, and Supper Club Flights is his infused dinner series.

Hawaii Mike started doing supper club events in August 2015 and rocked with them all the way up until March 2020, when the pandemic shut down all gatherings. Now, they’re back and killing shit just like old times.

To date, Mike’s done around 175 infused dining experiences with over 200 guests. With his dinners, the goal is to educate consumers about how edibles work, and more so, how they can implement digestible cannabis into their wellness routines. Hawaii Mike’s menus center around comfort food — one of his signature dishes is an infused Korean twice-fried chicken. “My language is food, so I just want to share how we integrate cannabinoids into a healthy lifestyle,” he said. “I use food as the language to share our perspective.”

Chef Jorden Lutzky has been a professional chef since 2016. Her food has blessed people in LA, NY, and now Miami, where she’s been working with many luxury hotels on cannabis-infused offerings as the Florida cannabis market continues to blow up.

A former budtender in LA, Lutzky has been working in cannabis since 2008. She put on her first cannabis supper club in her Brooklyn apartment in 2016, where she hosted 12 friends at a time. Her last supper club events were with Sauced, a wine bar in Brooklyn, in both August and September 2021. There, she helped infuse the bar’s whole wine menu by pairing cannabis terpenes with wine tannins.

Tangie is one of Chef Jorden’s favorite strains to cook with, and her signature dishes include a kief-infused focaccia bread and infused vegan shawarma made out of oyster mushrooms.

Shawn Hamilton is a New York chef with a brand called Ham’s Kitch which launched in 2015. Through this brand, he hosts an infused-dinner series called Summer Nights. “To be able to do my own thing is the best thing about it. That’s my favorite part — there’s so much more freedom,” he said.

The post 5 cannabis chefs to hire for your next dinner party appeared first on Weedmaps News.

A Information to Curing Hashish