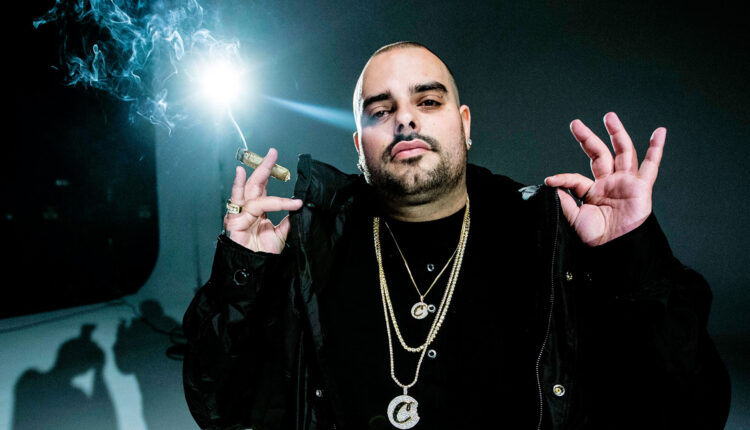 Cash rules everything about mainstream America’s sudden acceptance of weed—from boardrooms, to courtrooms, to living rooms, Berner is at the intersection of it all.

Cannabis is the country’s fifth most valuable crop, and employs almost half a million people.

That’s why it’s high time Forbes toasted the industry with a cover story on its marquee mogul: Cookies CEO and founder Berner.

“Extremely humbled and blessed to be one of the faces for federal legalization in our country !” Berner wrote on Twitter, while linking to the new article, yesterday. “This is the definition of life goal shit!” he added on Instagram.

The Forbes write-up called for the end of federal prohibition, and criticized how politicians have handled the issue to date. The title of the story is ”Weed vs. Greed: How America Botched Legalizing Pot.”

On the cover, Forbes dubs Berner a $150 million cannabis king and quotes his admission that ”It’s hard to sell legal weed.”

Whether you think that greed is good for the weed game or not, Berner, born Gilbert Anthony Milam Jr, has officially separated himself as the Gordon Gekko of the current green rush.

Here’s why it had to be Berner

Berner’s rare presence at the intersection of boardrooms, courtrooms, and living rooms puts him in the driver’s seat of America’s hottest industry.

His Cookies brand is multi-national, with locations spreading from San Francisco to Thailand, and market penetration everywhere in between.

He could have cashed out years ago, if money were his only motive. Instead, he’s kept control of his operation, and used it to empower others, while pushing the limits of the industry at every turn.

His family tree includes Yung LB (Chief marketer of Leafly 2020 Strain of the Year Runtz), Wiz Khalifa (whose Khalifa Kush brand was originally backed by Berner), and NYC legacy operator Branson (who is currently working with Berner to get licensed in The Big Apple).

But he’s not just paying dues or helping his homies. With ventures like Cookies U and partnerships with legacy operators around the country, Berner is planting seeds that should yield huge returns for decades to come, whether the feds take Forbes’ advice and end prohibition, or not.

As we enter Recession territory, the Forbes endorsement shows that weed is one of the world’s fastest-growing industries.

After a decade of limited legal markets, and decades more of underground activity, many major corporations are no longer ashamed to embrace or exploit cannabis publicly. Yet, there are still many lobbying against legalization behind the scenes.

Legal cannabis sales in the US totaled $25 billion in 2021, even with a huge illicit market, and even bigger margins are expected by the end of 2022.

The anecdotal proof is in Cookies’ rise from a collective of Bay Area breeders to an institution of the culture. Along the way the team’s adapted to both written and unwritten laws that have evolved to govern the current market.

To learn how to lead the charge, Berner wore many hats over the years. From clothing designer, to independent artist, to employee at dispensaries during the early days of medical marijuana. He’s stayed close to the plant and now its paying off in more ways than even Forbes can count.

It’s only up from here

Cookies was also named by Ad Age as one of 2021’s hottest brands in any industry—the first cannabis brand to make the list. But 2022 has arguably been Cookies’ best year to date.

Later this month, Cookies Thailand will open their first store in Asia. And in June, the brand opened a 10,000 square foot pharmacy in Be’er Sheva, Israel after launching products in two New Jersey dispensaries. A Florida location is in the works as well, and many Cookies strains are now available in Missouri.

But Berner’s biggest win this year was over colon cancer. He was diagnosed last fall but has since shared that he’s in remission, and stated he wants to raise cancer awareness while making medical resources more accessible.

By submitting this form, you will be subscribed to news and promotional emails from Leafly and you agree to Leafly’s Terms of Service and Privacy Policy. You can unsubscribe from Leafly email messages anytime.

Authorized medical cannabis may attain Mississippi by finish of…