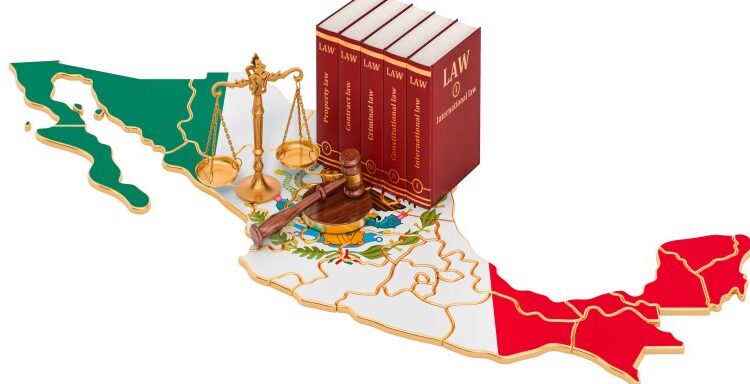 Mexico sure is a funny country when it comes to weed legalization, and the battle between government and the court system rages on…quietly. As the country waits for its legislature to get it together, the Supreme Court continues to set the policy that elected officials will not. Here’s the latest in Mexico, with a recent Supreme Court ruling for personal possession, which drops all legal limits.

Mexico now allows any amount for personal possession with a new Supreme Court ruling that dropped previous limits. This wholly independent publication covers news in the expanding cannabis and psychedelics landscapes. We put out the Cannadelics Weekly Newsletter for our readers to keep informed of changes in the industry, and to access stellar deals on all kinds of things, from smoking paraphernalia to cannabinoid products including the super popular Delta 8, and HHC. Head to our ‘best of’ lists for promotions, and make sure you only purchase products you are happy to use.

This most recent ruling in Mexico, which dropped the limits for cannabis personal possession, happened on May 11th of this year, though, like the rest, it was done rather quietly. On May 11th, in a vote of 3-2, a new ruling made it so that article 478 of the General Health Law is no longer valid. The part referred to says that personal consumption of cannabis is limited to under five grams.

As of the 2009 decriminalization measure, the punishment for having over five grams, is up to three years in prison. The new ruling now says its unconstitutional to penalize someone for having any amount, so long as its for personal use only. The Court also clarified that the final determination of whether a person is holding for personal use or with intent to sell, must come from the prosecutor or judge.

This update means that now in Mexico, personal possession of any amount, is legal, and fewer minor possession charges should enter the court system. However, this isn’t a supreme court ruling that sets case law. Whereas personal private consumption and cultivation were legalized via jurisprudencia, with the laws formally dropped in June of 2021, the more recent ruling isn’t binding to lower courts. The expectation is that lower courts will follow along, so as to clear their dockets of low-level weed cases. In a vote like this, it would have required all judges to be on board, in order to make it binding for all courts. Having said that, it’s still a supreme court ruling, which opens the door for appeals, if lower courts do rule differently.

The court went as far as to call the arrest of a person carrying a personal use amount as “arbitrary interference” by law enforcement, saying that this in turn can greatly affect a person’s life autonomy, privacy, and dignity. The ruling stated: “Criminal prosecution of a person who possesses cannabis within their sphere of privacy without affecting third parties is not justified.” And that allowing such behavior from law enforcement constitutes the allowance of punishment for “moral qualities, personality or personal conduct, which doesn’t have constitutional support.”

This ruling settles a case from 2018. Defendant Edgar Díaz Sánchez was arrested for having over 30 grams of cannabis at that time, all strictly for personal use. Though there should have already been new legislation to cover matters like this, since the government has repeatedly nixed its responsibility to write a formal law, it has continuously been up to the Supreme Court to keep pushing forward with cannabis legalization measures, through court rulings.

What’s the deal with Mexico?

This is a great question, for which there isn’t a good answer. Cannabis was legalized in 2018 via jurisprudencia. Jurisprudencia kicks in, in Mexico, when five consecutive Supreme Court rulings are ruled on in the same way. In this case, the last two cases were ruled on in 2018, creating new case law for cannabis legalization. The ruling came with a directive for the legislature to come up with written laws to coincide with the court ruling, so as to have congruity between the two. After all, the Supreme Court is supposed to rule on matters, not write entire laws.

We could argue quite a bit over why it hasn’t happened yet, or why the Mexican government has so brashly rejected its responsibility. While it could be arguments over things like protections for local farmers, this seems less likely in a country practically ruled by cartels, which are the organizations that currently control all existent cannabis industry. Organizations that probably aren’t super happy about allowing this to become a formal industry.

How badly has Congress dropped the ball? It was originally given one year to work things out, with an original deadline in December 2019. When Congress couldn’t get its stuff together in time, it asked for, and was granted, an extension to the following April, 2020. April came and went without formal laws introduced, and the government once again requested, and was granted, an extension. This extension moved the due date to December 2020. Come December, and what do you know, no laws written, and another extension asked for, and granted, this time extending the government deadline to April 2021.

If you keep up with the news, you already know this never happened. But this time, rather than ask for the standard extension, the government didn’t do it. It didn’t do its job, and it didn’t ask for more time to do it, instead talking about a special session. And this put the ball back in the Supreme Court’s court, giving it the ability to drop the laws itself. This makes sense. The Court made a ruling which overrode government laws, and then ordered new laws to be made. Without an end result, the Court was required to take action to back up its own ruling (what power does the entity have, if it can’t have its rulings followed?)

On June 28th 2021, the Court officially dropped the laws of prohibition for private use and cultivation, but it didn’t do anything else. I guess the Court hoped this nudge would get the government moving, yet here we are, a year later, and its still the Supreme Court setting policy.

This most recent case, isn’t the only one that’s come up in this between time. On December 1st, 2021, the Supreme Court led the way for a low-THC cannabis market, with a ruling in favor of Xebra Mexico, a subsidiary of Canadian company Xebra Brands. This unappealable ruling states that its unconstitutional to bar the production of low-THC cannabis. This ruling made a directive for Mexico’s Federal Commission for the Protection against Sanitary Risks (COFEPRIS), to comply, and implement this decision.

Technically, the ruling doesn’t cover commercial production, but does cover production for medical and scientific purposes. The company now plans to create and market a line of low-THC products. This decision allows other companies to do the same, so long as products follow the legal limit of not more than 1% THC.

The Supreme Court had a busy year last year when it comes to cannabis, and another big move it made, came from two separate decisions to drop bans on vape products. The first came on July 16th, and the second on October 19th. The first stuck down a ban put in place by President Obrador on importing “heat-not-burn” products. The ruling overturned a presidential decree, and removed such products from regulation under article 16, a part of Mexico’s General Law for Tobacco Control, which was instituted in 2005. It stated that “The trade, sale, distribution, display, promotion, and production of any object that resembles tobacco but is not tobacco, which includes e-cigarettes”, are all illegal.

Much like other decisions, this one didn’t create any legal framework for the sale of vape products, it merely said what didn’t qualify as constitutional. It did, however, set case law, much like the ruling to legalize cannabis, and the ruling to allow low-THC cannabis production (which came a couple months after the second vape ruling).

Are these directives followed?

One of the problems with the legal discrepancy on weed in Mexico, is that it means laws aren’t followed by law enforcement. Now, its Mexico, so getting robbed by cops is more commonplace than some think, and this can happen with or without a reason to get stopped in the first place. For cops who do this, one of the first things they look for in order to get a bribe, is cannabis or paraphernalia.

Supreme court ruling or not, this is a common practice in Mexico. Though most of the general population likely has no idea that legal changes permit them to carry a certain amount without legal intervention, even those that do know, don’t have much leverage in these situations. Sure, their cases might never be heard, or immediately dropped if they get that far, but spending time in jail, or possible brutality by the police, is not most people’s first choice. This is a problem in America as well. Sure, police brutality is technically illegal, but that certainly doesn’t stop people from getting hurt.

I don’t hear about people getting stopped for public usage often, which means the majority of cases are cops forcing people to empty pockets or bags, which should count as a private sphere. The practice of doing this for weed, specifically, continues because the government won’t hold up its end. With formal laws in place that everyone understands, this can’t go on for pot crimes, or should greatly minimize it happening under those circumstances.

To Vape or Not to Vape in Mexico

As Mexico still waits for its government to act appropriately, the Supreme Court continues to set new laws, including the latest that allows residents of Mexico any amount of cannabis for personal possession. Maybe if the government never acts, the Supreme Court will end up setting all policy for cannabis, doing so one court ruling at a time.

Hey there readers! Thanks for stopping by Cannadelics.com, a top independent platform for news covering the ever-growing cannabis and psychedelics spaces. Join us daily for updates on the industry, and head over to the Cannadelics Weekly Newsletter, to ensure you catch all the important stories.

What's new in weed: merchandise and information from Kiva Confections and extra

Behold: This US map reveals the highest stoner motion pictures in all 50 states