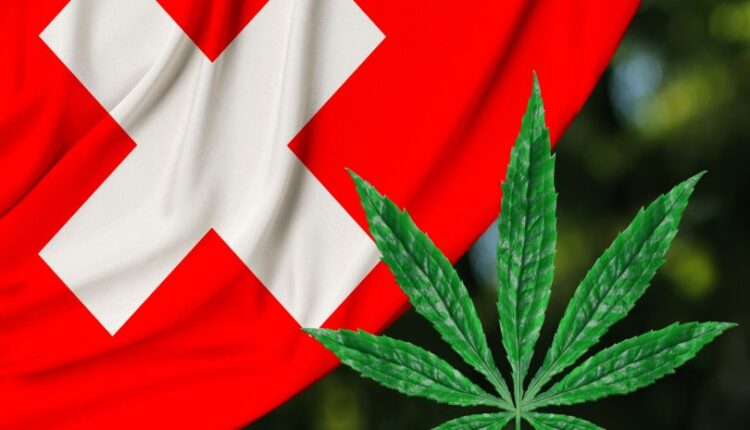 All eyes are on Switzerland as the country makes big moves to start its own cannabis industry. The country announced plans for a recreational measure last year, and now Switzerland is introducing a wide-reaching medical program that goes far beyond its previous limits.

Switzerland is on a rampage, both widening its medical cannabis program, and awaiting new recreational legislation. Cannadelics is an independent news source focusing on the cannabis and psychedelics fields of today. Remember to subscribe to The Cannadelics Weekly Newsletter all the latest news and industry stories, as well as exclusive deals on flowers, vapes, edibles, and other products. Also save big on Delta 8, Delta 9 THC, Delta-10 THC, THCO, THCV, THCP & HHC products by checking out our “Best-of” lists!

Switzerland up until now

Switzerland is all over the board these days, but up until recently, this was not the case. So what was the deal with Switzerland up until its impressive moves of late? First off, Switzerland is not a part of the EU, so it never had to go by EU regulation. Whereas products with up to .3% THC are legal in EU countries, Switzerland has a max THC level of 1%. Outside of this, cannabis is illegal.

In 2012, the country instituted a decriminalization measure which allowed for small amounts of cannabis (up to 10 grams) with only a 100 Swiss Franc fine, and no jail time included. Once either the 10-gram limit is gone over, or the 1% THC limit, a violator is subject to both a fine, and a prison sentence up to three years.

A lot happened in 2012, though it didn’t all stick. That year, certain cities gained the ability to legally grow low-THC hemp, up to the 1% limit. But then, Just months after this started, the government itself nullified this ability, because it said it was in violation of federal drug laws. Switzerland operates like many multi-state countries where cannabis penalties vary between its different states.

In another 2012 measure, legislation was instituted that made both selling cannabis, as well as possessing amounts enough to affect as many as three people, punishable by up to three years in jail, along with a possible fine. This was updated in 2017 to exclude possession, and to only fine those actively using; which allowed many states to drop possession cases for small amounts.

In terms of Switzerland and a medical cannabis program, the country didn’t have a comprehensive one until current events. The Federal Act on Narcotics and Psychotropic Substances in 2008 (implemented in 2011) allows Swiss doctors to get special permits to prescribe cannabis to terminal patients, for 12 months at a time. It also requires patients to apply for authorization from the FOPH (Federal Office of Public Health). Only tinctures and oils were approved by this measure, and its hardly wide-ranging, with only two pharmacies able to provide such medications.

This didn’t stop the pharma medicine Epidiolex from gaining approval in 2018, even as flowers and resin are both barred. From this time, however, pharmacies have been able to create specific CBD formulations for patients. Overall, the ability to access cannabis medicines has been highly restricted in Switzerland, though recent changes are now opening the country to much wider usage, with even bigger plans for the future.

Switzerland Legalized Recreational Cannabis, But Still Waiting On A Bill

Everything just mentioned about Switzerland and its medical program, has now been updated thanks to a new amendment put forth by the country’s seven-member Federal Council, which is the country’s joint head of state and federal government. This amendment updates the Narcotics Act to erase the ban on medical cannabis, which in turn creates a much wider market.

Starting in the beginning of August, patients no longer have to apply for the authorization from the FOPH, and can now get a regular prescription, straight from their doctor. The new amendment isn’t just meant for patients in Switzerland, but predictably for an export market as well (very few legalizations of this sort don’t include the ability for an export market). Less was stated about an impending import market. The limit for THC is still the same for all products, at 1%.

Part of the reason for this change, was due to increasing demand for medical authorizations, which had grown to the point of burdening the government with extra administrative work, which led to treatment delays for patients in need. The conditions for treatment also expand under this new amendment, letting more people benefit from cannabis medication.

In order for the amendment to take effect, it required changes to the Narcotics Control Ordinance and the Narcotics List Ordinance. Cultivation regulation for this new medical industry falls under the Swiss Agency for Therapeutic Products (Swissmedic).

Nothing was updated concerning reimbursement for cannabis medications by the healthcare system of the country. As medical cannabis is only reimbursed in the most dire of cases, this indicates that many people will be paying out of pocket for their cannabis medicine, even when legally prescribed by a doctor. The reason given for this omission is that there isn’t enough available evidence on cannabis as an effective treatment, which makes very little sense since it was considered effective enough to be legalized for this purpose.

What about a full recreational legalization?

Switzerland looks like it will be the first country in Europe to set up a regulated sales market, along with trials meant to help establish new regulation. In 2020 I reported about the Swiss government green-lighting trials for recreational cannabis, a project that has been in the works for many years. The trials will allow the legal production and sale of cannabis, but only in specific locations and with many restrictions. In September of 2020, the Federal Act on Narcotics and Psychotropic Substances was officially amended by way of parliamentary approval, which allows scientific trials for selected groups. This went into effect May, 2021.

These regulations set maximum THC limits to 20%, come with limits for pesticide residue, and also mandate warning labels. In order to be a part of these trials, and have access to this recreational cannabis, individual cities and municipalities must first prove that recreational cannabis is not hurting their current population.

As of April 2022, the first of these recreational test programs was authorized specifically for Basel, Switzerland. This specific program is meant to last two years, includes 400 adults, and essentially is meant to provide data for future pricing and consumption regulation, for a full recreational market.

Though the pilot studies sound interesting, they’re really only to help with what’s coming. Even before the programs officially started, a parliamentary commission made a vote in October 2021, which ruled that cannabis shouldn’t be banned, and that the country must establish legislation to officially legalize it. In essence, Switzerland has legalized recreational cannabis, and is simply waiting for a bill (the vote doesn’t change anything without written legislation).

The whole thing is a little confusing. Switzerland is pushing for scientific trials to assess how to run a recreational market, while already working on the legislation to set up that market. And to make it more confusing, the basics of this began before Switzerland even implanted a full medical system, which is only happening now. Somehow none of this seems like its in the right order, but one thing for sure is, progress is great, no matter how it comes. And Switzerland is sure in the fast lane to major cannabis reform.

Perhaps competition with Germany is part of what’s spurring this on so quickly. The neighboring countries are both planning for recreational legalizations, and are both getting amped up to enter the global market. Switzerland for its part is working on both ends. Updating its medical program, before instituting its recreational one.

Welcome all! We appreciate you joining us at Cannadelics.com, a top internet news source for independent coverage of the new and growing cannabis and psychedelics landscapes. Read-thru the site daily for industry updates of all kinds, and check out the Cannadelics Weekly Newsletter, so you always know what’s going down.