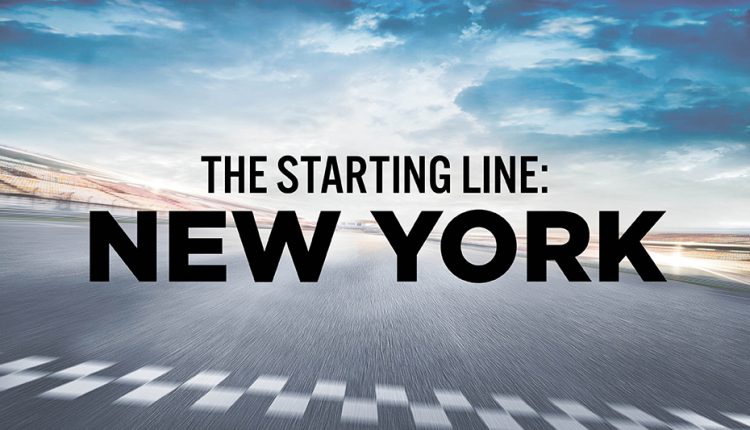 Housing Works Cannabis Co. has spent the last 33 years serving homeless people suffering from HIV and AIDS, with a particular focus on those with substance use disorder.

Now, the organization has embarked on a new journey as the first adult-use cannabis retailer in New York, opening its doors to the public Dec. 29.

“Our two early claims to fame were we were the first supportive housing organization in the nation to house people without regard for their drug or alcohol use in the privacy of their home,” CEO Charles King tells Cannabis Business Times. “Second, we started the first job training program for people living with AIDS and HIV at a time when most funders thought, ‘Why are you going to train people to work when they’re just going to die anyway?’ But that program proved very successful for us.”

Housing Works has grown to serve roughly 15,000 people. It operates a full-range community health center that provides primary care, substance use services and a syringe exchange program. It also provides 800 units of housing.

“All of our focus on substance use disorder is oriented toward harm reduction, so it’s not about telling people they need to become abstinent,” King says. “It’s meeting people where they’re at and helping them make the progress they seek in their lives.”

When the governor’s office started working with the New York Legislature a few years ago to legalize adult-use cannabis, the Housing Works team approached state officials and expressed interest in securing a license to participate in the program.

“The governor’s office at that time was very responsive and, of course, then this new cannabis oversight board was created,” King says. “We began planning nearly a year ago for our license application. We started watching the regulations getting developed.”

Housing Works was one of the first nonprofit organizations to apply for a social equity license, which it ultimately won in late November, when the Cannabis Control Board (CCB) approved the state’s first 36 Conditional Adult-Use Retail Dispensary (CAURD) licenses.

“I know the governor had made a pledge that there would be adult-use cannabis available for retail in 2022, and so we were very much committed to helping her achieve that goal and being the first cannabis retail outlet to open,” King says.

Housing Works’ dispensary first opened to the public from 4:20 p.m. to 7:10 p.m. on Dec. 29. The organization served roughly 500 customers that day but had to turn more than 1,500 away who were waiting in line outside the store.

Since then, Housing Works has only closed on New Year’s Day and has consistently seen lines of customers down both sides of the block.

“Our staff is getting better and better at moving people through,” King says. “In fact, 20 percent of our current sales are pickup, so folks are ordering and paying online and just coming by to pick up, which allows us to move them through a little more quickly.”

Housing Works launched sales with six brands in its inventory but has since added a seventh brand. The organization has roughly 100 total SKUs, which King describes as “the broad array of adult-use products that you would expect, at various price points.”

“We had hoped to open with more brands, but New York state has a lab testing process that all of the products have to go through before they can be sold to retailers in New York, and a number of brands are still tied up in that lab process,” he says. “We hope that they’ll be able to get through. We understand that one or two brands may be available to come on next week and a few after that. Our goal would be to have two dozen to three dozen brands in the store within the next two months.”

In-store sales are cash-only, but King hopes to establish a relationship with a state-chartered bank that will allow Housing Works to process debit card transactions.

The organization has 15 staff members dedicated to its dispensary, and four of those individuals have a history of being criminalized for cannabis possession or sales.

“We are prioritizing people who have cannabis-related criminalization for hire,” King says. “We’re hoping within the next week to make a proposal to the Office of Cannabis Management to train folks not just for entry-level jobs, which we have to provide to familiarize them with cannabis business, but [also] training them with management skills so that they can move up in the industry, and also with business enterprise, which we hope will help them bypass the requirement to have successfully managed an entrepreneurial, on-the-books business for two years in order to apply for and manage their own cannabis business.”

In addition, Housing Works aims to assist those coming out of incarceration due to drug-related offenses to re-enter society, as well as advocate to change state and federal policies that negatively impact those convicted of possessing or selling drugs.

As the only adult-use cannabis dispensary currently operating in New York, King hopes Housing Works can continue to build its brand and customer loyalty in preparation for more retailers to come online.

The illicit market remains the organization’s largest challenge, he says, and consumer education is key to taking market share away from illegal operators.

“Only recently, as we’ve approached opening up, did we see New York City and the state really cracking down and moving on those gray market vendors, particularly those operating fairly adjacently to us,” King says. “I think the message that is important to communicate to everyone is that gray market vendors are always going to be able to undersell licensed, legal vendors. But what you get in exchange for that higher price is a guarantee that the cannabis you buy is not in any way adulterated and that it’s all very high-quality, lab-tested and state-approved, which I think is very important.”

“I think New York has been the most progressive of all of the jurisdictions that have approved adult use and licensed vendors,” he adds. “I think what you see is kind of a worst-case scenario in states like California, where probably still two-thirds of the market is still not a licensed market, selling basically street product, and only a third of the market has true licensed venues. That’s not a good scenario for anyone, whether it’s in terms of quality of the product, the taxes that are raised or any of the other potential outcomes. So, with New York’s emphasis on bringing people who’ve had cannabis-related convictions into the licensed system, I think that’s a very important step forward.”

However, King is concerned that New York’s regulators don’t have the resources necessary to bring unlicensed operators into the licensed market. It’s a gap that he hopes Housing Works can help fill.

“That’s where we see our role, helping to bring those people in who don’t necessarily meet the state qualifications, helping them to get qualified and get into business,” King says. “That’s important, and if we’re successful in that and those folks are able to get the resources, we won’t be in a situation like some other states, where large commercial cannabis retail has dominated the market. We would love to see New York’s market be a market that ensures the commercial program is going to be there, but the commercial operators are going to have to work really hard to compete against mom-and-pop shops in terms of commercial growing, competing against women and people of color as single individuals with their own growing farms and producing their own product.”

In the meantime, King aims to perfect Housing Works’ cannabis retail model to serve New York’s consumers—and to ensure the longevity of the business.

“Assuming we do get it right, it’s our goal to apply for licenses to open two other stores in Manhattan in this coming year, and then we’ll see what happens beyond that,” he says. “Obviously, in a low-margin business, the more retail outlets you have, the more sales you have, and the more profitable you’re going to be.”