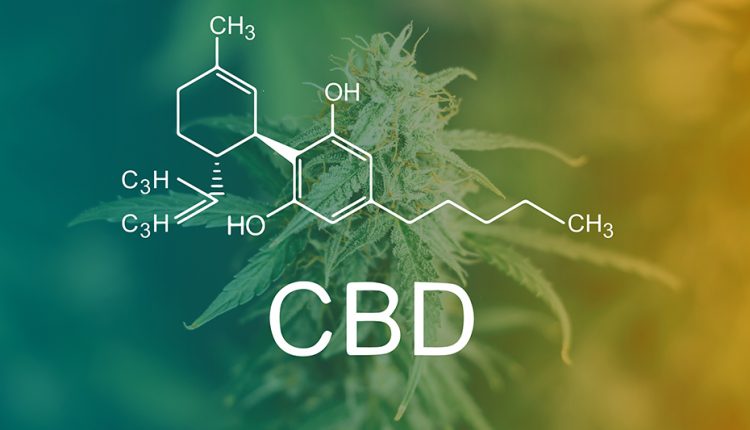 Nearly five years after the 2018 Farm Bill legalized the production and sale of industrial hemp—and with the 2023 Farm Bill on the horizon—officials with the U.S. Food and Drug Administration (FDA) have indicated that they may take steps to regulate CBD this year.

Thus far, the FDA’s official stance is that CBD cannot be added to foods or marketed as dietary supplements, but recent statements made to reporters indicate that the agency is not only studying whether cannabis compounds are safe in food products, but also that it plans to recommend an approach to regulate cannabis-derived products in the coming months.

“Given what we know about the safety of CBD so far, it raises concerns for FDA about whether these existing regulatory pathways for food and dietary supplements are appropriate for this substance,” FDA Principal Deputy Commissioner Janet Woodcock told The Wall Street Journal last month. Woodcock has led the FDA’s efforts to investigate cannabis regulation, according to the news outlet.

Patrick Cournoyer, who leads the FDA’s Cannabis  Product Committee, told The Wall Street Journal that FDA officials want to learn whether CBD can be safely ingested every day for a long period of time during pregnancy, for example, and he pointed to potential concerns about how CBD may impact fertility.

“I don’t think that we can have the perfect be the enemy of the good when we’re looking at such a vast market that is so available and utilized,” Norman Birenbaum, a senior FDA adviser who is also working on the issue, told The Wall Street Journal. “You’ve got a widely unregulated market.”

Birenbaum noted that the FDA has “growing and more intensifying short-term concerns” about intoxicating hemp-derived products, such as those that contain delta-8 THC.

“Over the last year and a half, we have seen a whole host and cadre of intoxicating hemp-derived cannabinoids come up,” Birenbaum told The Wall Street Journal. “There are very, very different regulatory considerations for products that are going to intoxicate you.”

The officials told the news outlet that the agency is focusing enforcement efforts on products that pose an immediate risk to public health, including those that appeal to children and those meant to be consumed by food-producing animals.

In the longer term, the FDA will ultimately weigh the evidence available and decide “within months” how to regulate cannabis, which may require new agency rules or new legislation from Congress, the officials told The Wall Street Journal.

“That’s exactly the problem here that, while they’ve been developing a perfect plan, there are thousands of products out in the marketplace and many of them are safe, but some aren’t,” Jonathan Miller, president of the U.S. Hemp Roundtable, told Cannabis Business Times. “So, that’s why regulation is so desperately needed.”

Miller said he and other U.S. Hemp Roundtable members are hopeful that the FDA will take the necessary steps to regulate CBD products, but if the agency fails to act, he said there are several bills that will be reintroduced in Congress this year to require the FDA to take action.

Jonathan Havens, co-chair of Saul Ewing’s Cannabis Law Practice and chair of the firm’s Food, Beverage and Agribusiness Practice, told Cannabis Business Times that, depending on the context, the FDA officials’ statements to The Wall Street Journal suggest that the agency is actively evaluating how to approach CBD regulations, although he has concerns about how these may be implemented.

“When I speak at conferences or I talk to clients, people say, ‘Well, FDA is working on regulations and as soon as they clarify their stance on CBD, everything will be fine. We’ll be good to go,’” Havens said. “I take issue with a couple of those points.”

First and foremost, Havens said he doesn’t believe the FDA is in fact working on a new set of regulations for the CBD industry. The agency has already clarified its stance on CBD, he said, by indicating that since the FDA views CBD to be a drug ingredient, it is not a permissible dietary ingredient.

“FDA has gone on record on a few different occasions to say CBD is a drug ingredient and the only way [it] can allow it as a food ingredient is one of two ways,” Havens said. “One, … Congress … [can] amend either the Federal Food, Drug, and Cosmetic Act … or they have a bill that talks about CBD and in another way amends the act. Or, two, FDA promulgates notice of public rulemaking. They publish something in the Federal Register, they get comments, and the FDA has said that rulemaking is not the quick option. It would take probably a number of years.

Havens said that the FDA officials’ comments to The Wall Street Journal about the need for additional legislative action from Congress on CBD regulations also indicates that there is no quick solution to the market’s legal woes.

“FDA has not been creative or flexible in terms of clearing pathways for [ingestible] CBD products to legally be on the market, … even though the industry has put good data before it,” he said. “I think it just speaks to the importance of seeking redress with Congress rather than with FDA on these issues.”

Another issue, Havens said, lies with the FDA’s 2018 approval of Epidiolex, a CBD-based seizure medication.

Epidiolex contains a highly purified form of CBD, which is the only drug ingredient that has been approved by the FDA. That means, according to Havens, that broad-spectrum or full-spectrum hemp extracts that contain small or non-standardized amounts of CBD have not been approved for drugs or dietary supplements.

“One of the interesting things that I would look for industry to do is to submit a new dietary ingredient notification to FDA with the ingredient not being CBD but being a hemp extract that happens to contain a naturally occurring level of CBD, a non-standardized level,” Havens said. “I do think there is a potential pathway there that FDA could allow.”

Whatever path the FDA chooses to take regarding CBD, Havens said that the industry must be more nuanced in its quest for clarity.

“Sometimes I fear all this pushing for FDA to do ‘something’ without tailoring the message to say, ‘FDA, we know you need to regulate this, but here’s a suggestion on how to do it,’ is that the FDA comes out and says, ‘OK, you want something specific? Here’s something specific—10 mg per serving or less. Have a nice day.’ That would be a really bad result for industry.”

To avoid this sort of outcome, Havens said industry stakeholders should communicate to the FDA what they would and would not like to see in any forthcoming regulations. For example, the industry could lobby for rules that require safe manufacturing practices, while also advocating for higher—or no—limits on potency.

“Getting out ahead of these issues I think is important rather than just sitting there and saying, ‘We want certainty. We want clarity,’” Havens said. “The clarity and the certainty that people are pushing for might be certainty and clarity that they can’t live with. … I think industry could certainly be more clear in its messaging.”

Industry stakeholders should also speak with their representatives in Congress to call for legislative change, Havens added.

Overall, Havens said the worst-case scenario would be for the FDA to maintain that CBD is illegal as a food ingredient and become more aggressive in its enforcement, but he doesn’t see that as a likely outcome.

“I don’t see that happening because FDA just doesn’t have the resources to be aggressively enforcing the space, as we’ve seen, unless companies are really thumbing the FDA’s nose in it—you’re making very aggressive claims, you have gross GMP violations, you’re marketing to kids [or you] target marketing to youth or vulnerable populations,” Havens said.

Other possible scenarios, Havens said, include the FDA doing nothing, taking a more restrictive view, or going to Congress and asking lawmakers to draft legislation to regulate the industry.

“Or, it could be a combination thereof,” he said. “But I’m personally not holding my breath, … thinking we’re going to hear something from FDA, although I’ve certainly been wrong before on these announcements, so we’ll see. But I’m not expecting anything groundbreaking to drop in the immediate future.”

What could lead to substantive policy changes, Havens said, is the 2023 Farm Bill, which could discuss the legality of CBD in various product formats. The upcoming Farm Bill could also address other cannabinoids, he added, including delta-8 THC.

While Miller hopes that the FDA will take steps to regulate CBD products before the 2023 Farm Bill is introduced, he said it is possible that agency officials could request additional authority from Congress to do so.

“Potentially, the Farm Bill could be a vehicle to give them that additional authority,” he said. “But regardless, we view 2023 as really the big opportunity. And we’re quite optimistic something’s going to happen this year.”