What Cannabis Companies Can Learn From a Craft Merger in Oregon 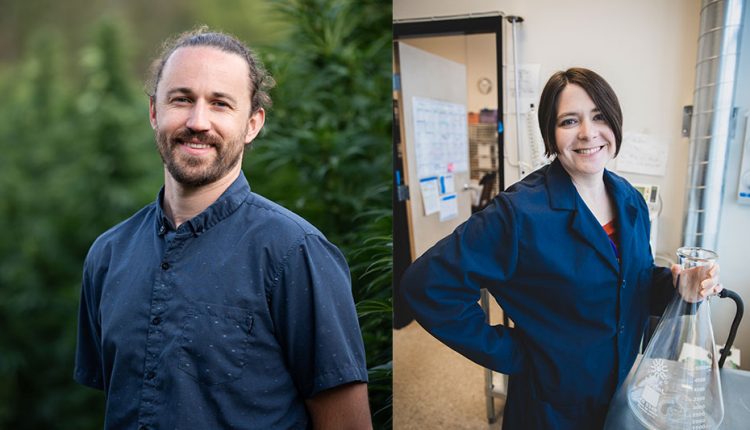 During the past few years, Mason Walker and Katie Stem have watched as small- and medium-sized cannabis businesses in Oregon’s competitive and mature market—some owned by their friends and close acquaintances—have closed or sold, the owners unable to navigate the litany of challenges many operators face.

Stem and Walker wanted to shape a different future for their businesses. In November, they announced they were uniting East Fork Cultivars, a craft cannabis and hemp breeder, and Peak Extracts, which produces single-cultivar extracted products including chocolates, topicals, tinctures and oils. Regulatory approval from the Oregon Liquor and Cannabis Commission (OLCC) in mid-December made the deal official.

Walker, CEO of East Fork, which sells wholesale as well as its own branded line of flower, tincture and prerolls, said he’s been engaged in Oregon’s “tight-knit” craft cannabis community since East Fork launched in 2015. And in mid-2022, things were looking increasingly bleak.

“There has just been this common, depressing narrative over the past couple years of folks either fizzling out, selling assets and shutting down, or being absorbed by large corporations,” Walker said. “Our friends say they had to do it, they aren’t excited about that acquisition or merger.”

Walker and Stem, founder of Peak Extracts, have known each other since 2017, when East Fork began providing Peak with CBD-rich flower it needed for its extracted products. That year, wholesale cannabis prices averaged $1,725 per pound, and extracts/concentrates sent to retailers regularly commanded between $11,000 and $12,000 per pound, according data from the OLCC. In December 2022, those figures were $550 and $4,536, respectively.

The two companies have weathered the turbulent market that has experienced oversupply, consolidation, wholesale and retail price drops, in addition to the COVID-19 pandemic, which they say limited their ability to interact with customers and explain the nuances of their craft products.

The state of 4.25 million also has more than 820 active retail licenses, according to December data from the OLCC, making it far more crowded and competitive when compared to its neighbors Washington (524 retailers and a population of 7.7 million) and California (nearly 1,100  and a population of more than 39 million). The OLCC issued a license moratorium in April 2022 to try to mitigate the challenges. While average monthly sales have increased when compared to February 2020 ($69 million total for adult-use and medical compared to more than $79 million in December 2022), they are far below some of the biggest months of 2020 and 2021, when sales regularly hit $90 million or above to a high of $110.8 million. Combined medical and adult-use sales in the state were down by double digits in 2022.

“Almost everything besides cannabis has gone up about 30%,” Stem says. “And, of course, we can’t raise our prices. We keep having to drop prices … it’s tough to keep everyone’s pay increasing while the cost of goods also increases.” 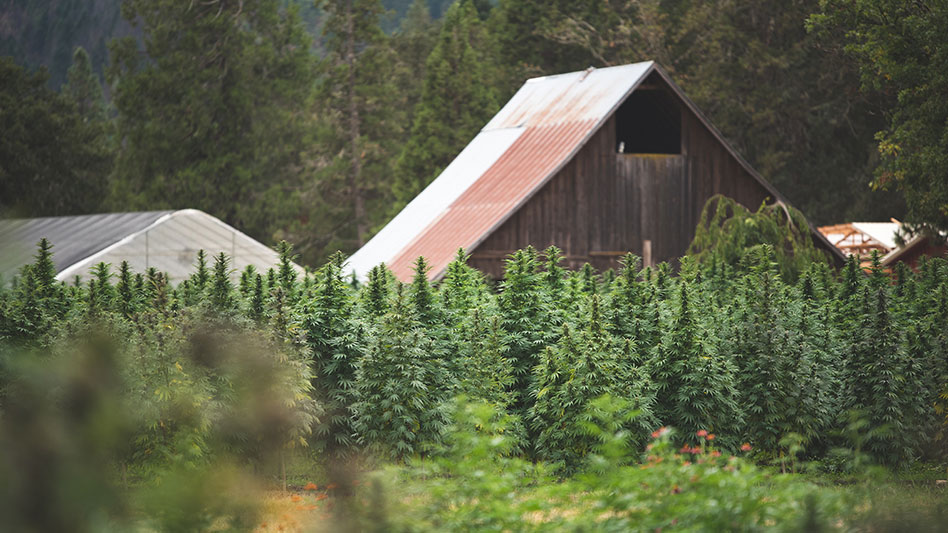 East Fork Cultivars’ farm in Takilma, Ore., where the company grows for the state’s adult-use cannabis and hemp markets.

In July 2022, Stem and Walker had a conversation, and they talked about what it might look like to combine the companies and East Forks’ 26 employees with Peak’s team of six.

“Both of us were at a place where we were doing fine. Although we’re surviving, we were not thriving in the way we wanted to,” Stem said. “So, we had a conversation. First of all, what would that even look like? What could be the benefits of working more closely together? And then as we discussed it, it became clearer that a vertical integration would happen if the two of us merged; it was like two puzzle pieces fitting together.”

The companies are starting 2023 together, with Stem serving as president of East Fork Group. Although East Fork technically acquired Peak, the companies consider it a merger, a union, and Peak products and branding will be retained.

Not all acquisitions and mergers have to involve big companies, Walker says, and there’s a lot small- and medium-sized cannabis companies can learn from East Fork and Peak’s story.

Walker says medium-sized companies in Oregon have perhaps had the most difficult time navigating the state’s cannabis industry.

“The companies our size have really been squeezed because we have such a significant overhead requirement to operate a cannabis business, that you either need to be extremely tiny, so you almost have no staff and just founders working, or you need to be larger where your overhead is a small percentage of your revenue,” he says. “And East Fork and Peak, we’re in that awkward in-between.”

By combining companies, Peak and East Fork can share overhead, such as costs for compliance, insurance, payroll, legal and other administrative and professional services, which cannabis businesses pay a premium for because of the risk and specialization needed, all without the ability to deduct on taxes, a challenge Walker says has only gotten more “onerous” over time. Stem and Walker estimate these costs together run each company about $200,000 each per year—including $13,000 in adult-use licensing fees, $10,000 in hemp licensing fees and $14,000 in banking fees to carry checking accounts for each entity. They estimate these costs eventually will be cut by at least 40% with the merger.

“On the ground, for consumers, in stores, the change will be minimal. Over time, if anything, they will see more product assortment and more alignment of product assortment between the two brands,” Walker says. “Right now, East Fork sells flower and pre rolls–smokables is our main branded product category, and Peak has topicals, edibles and tinctures. … Now [consumers] can get our variety called Blue Orchid in trimmed flower, pre rolls, and in a chocolate bar, tincture, so that will be one of the more material changes. Other than that, operations are largely the same.”

Peak Extracts’ manufacturing facilities in Portland, one for the adult-use space and one for the hemp market, will continue, and are “very parallel to our farms in Southern Oregon,” Walker said of East Fork’s side-by-side adult-use and hemp outdoor growing operations, which are about 300 miles away from Portland. Distribution will be simplified, as products from both Peak and East Fork will be delivered to dispensaries throughout the state.

After Stem and Walker’s initial conversation in July, they created a term sheet with details, specifics that have remained the same after conversations with their legal teams, which Stem says “is a testament to our trust and the foundation that we already had.”

The companies signed a definitive agreement in September, which was contingent upon regulator approval, which came through in mid-December and triggered the closing.

East Fork and Peak hosted meetings with both teams to discuss the agreement and reassure employees that everyone would keep their jobs, day-to-day operations would remain very much the same, and to discuss the shared cultural values that brought the companies together.

“We’ve done team integrations already, and everyone’s concern from my camp was, ‘Are the things that we care about the things that East Fork cares about?’” Stem says. “And those are such easy questions. It’s been really seamless and easy.”

Walker echoed Stem’s sentiment, adding that any challenges they’ve faced in the union have been primarily technical.

“One of the more challenging things is figuring out if we have redundant systems, our communications style, software, and which direction to go there,” he says.  “We had an all-team session [in October], where everyone was physically together, and Katie and I talked through sort of our personal stories together, and the founding stories of each organization. The why we’re doing this is crystal clear to everyone.”

The “why” for East Fork’s founders Aaron and Nathan Howard—to grow high-quality cannabis to help their oldest brother, Wesley, manage symptoms of his neurofibromatosis, and later, for others—has remained a North Star for the company. (Wesley passed away in 2017, but his legacy is celebrated in many ways, including through the company’s flagship hemp flower Wesley’s Wish.) Stem founded Peak Extracts in 2014 to share her single-strain creations—something she experimented with as a medical patient in Oregon unable to find the proper products to manage symptoms of her Crohn’s disease – with the broader market. Her mission to control both the dosage and effects of cannabis with more precise products has remained intact.

RELATED: Diversify & Differentiate: East Fork Cultivars’ executive team took a bad hand and turned it into a business like few others in the cannabis industry

“We’ve managed to keep the thread of that alive in our organizations and in our products,” Walker says. “And a lot of the energy we put into our product development, our breeding, our R&D effort and creative effort is still serving those founding missions, and that’s something I’m really proud of and I’m excited to double down on.”

The merger has reenergized both leaders, who are excited for what’s to come.

“I’m hopeful by telling our story of this merger, that we can offer inspiration and ideas for folks that are in a similar space to us right now. That this is a path that can be taken,” Walker says. “You can take two complementary, small craft cannabis companies and put them together and make an organization that can compete better and thrive in the market. My advice would be to look around and see who your friends are and see if it makes sense to merge with them.”