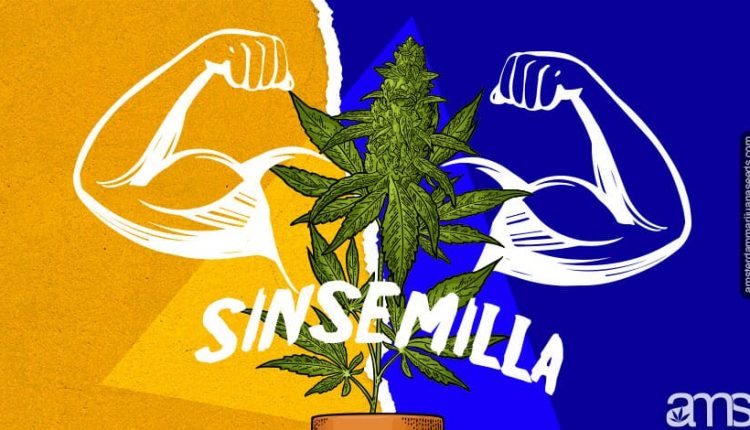 The word sinsemilla was derived from two Spanish words: “sin,” which means without, and “semilla,” which means seed, so it just means “without seed”.

Unlike what many people think, sinsemilla weed does not refer to a specific strain. All strains can grow seedless cannabis flowers. 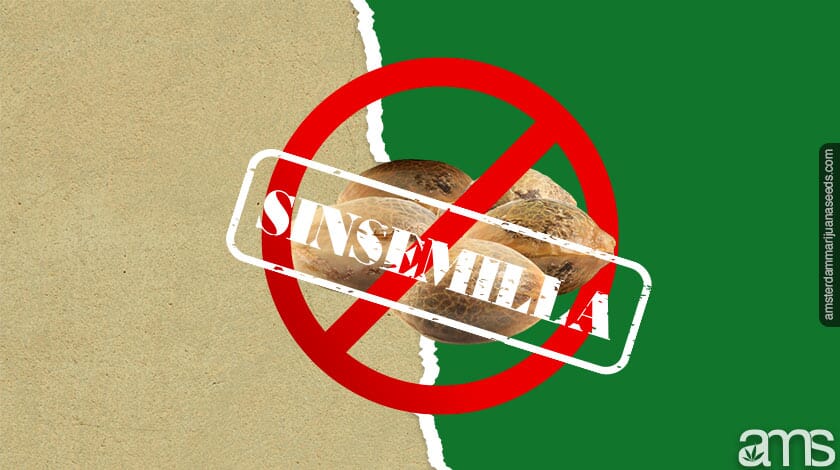 Cannabis has adopted survival tactics of producing the maximum number of seeds it can before dying, hoping that enough will remain to show the next generation.

The seeds contribute up to 50% of dried cannabis bud, which equals a harsh smoking experience.

Seeds are a nuisance that requires users to pick through the buds by hand. Smoked seeds create an unpleasant, unhealthy, and very smelly flavor.

When you grow cannabis from regular seeds, male cannabis plants can pollinate the female cannabis plants. In turn, the ladies will start to produce seeds which costs them a lot of energy. The energy that would otherwise go to the production of more resin on the flowers. A very good reason to buy feminized seeds.

Sinsemilla marijuana tastes better and is seen as high-quality marijuana compared to marijuana full of seeds.

Another bonus is that seedless buds have higher levels of THC and aromatic substances. 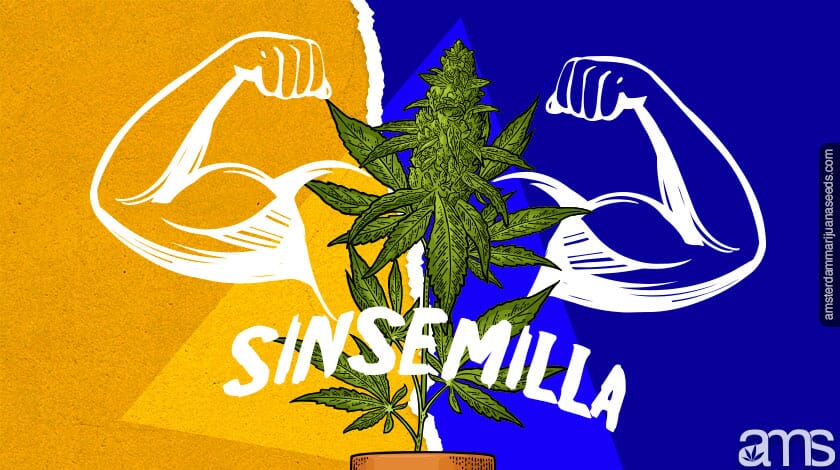 For these reasons, Sinsemilla or seedless weed has become a preferred option for modern marijuana consumers.

Please note that contrary to any rumors going around that this way of growing increases the potency, there is no specific sinsemilla strain!

The history of Sinsemilla Cannabis

The history of Sinseilla is a long and complicated one. The word “sinsemilla” actually comes from the Spanish word “sin seed,” which means “without seed”.

This refers to the fact that sinsemilla plants are bred to be seedless. The history of Sinsemilla begins in the early 1900s when growers in Mexico first began experimenting with seedless Cannabis plants. 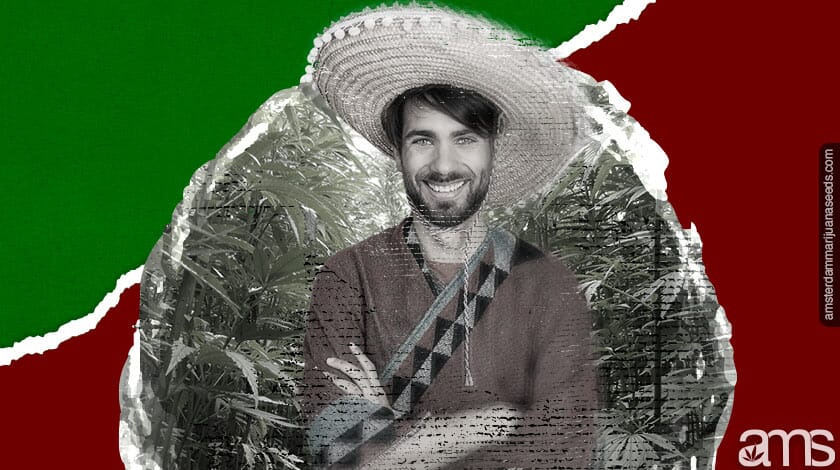 The idea quickly caught on, and by the 1970s, sinsemilla was being grown commercially in the United States.

The popularity of Sinsemilla continued to grow throughout the 1980s and 1990s, and today it is one of the most popular Cannabis available.

Thanks to its high THC content and unique flavor, Sinsemilla is a unique cannabis experience and has cemented its place in Cannabis history.

The 5 benefits of Sinsemilla

There are at least five benefits of growing a seedless cannabis flower over traditional seeded marijuana; 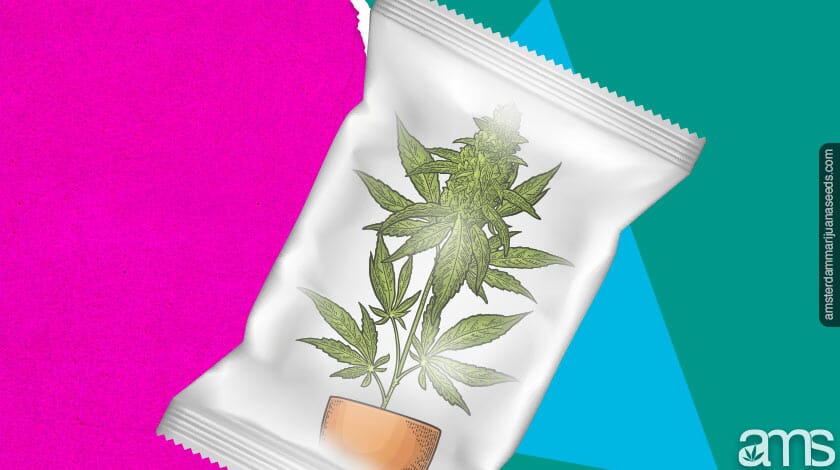 Are There Any drawbacks to Growing Sinsemilla?

While cannabis-grown Sinsemilla has several benefits, there are also a few drawbacks.

When growing outdoors make sure no males are even close. You have to be sure they do not get pollinated as the female cannabis plant does want to reproduce and will do so if she gets the chance. 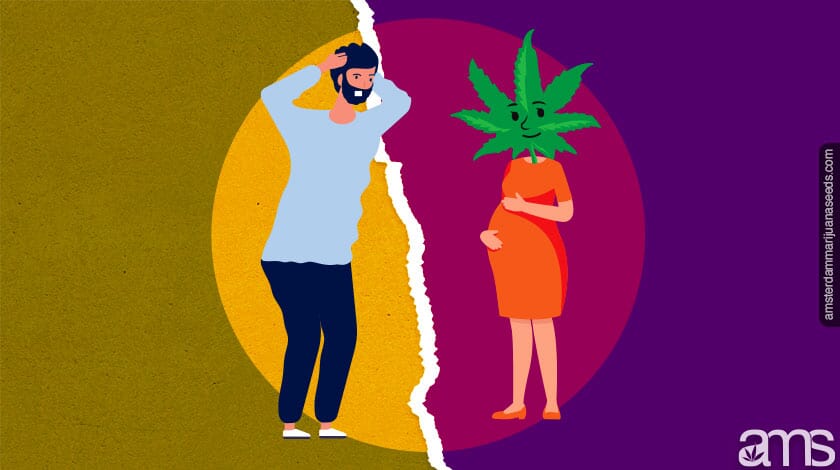 They can not reproduce as we have eliminated the male element. You will be growing female plants only.

For every new round, you need to purchase new seeds, or if you’d like to, you can make clones from a healthy mature mother plant.

If you decide to clone them, we would advise not doing more than 3, as the quality of the genetics deteriorates with each cloning. Not surprisingly, have you ever heard a story after it was told repeatedly by another person? There’s not much left of the original. 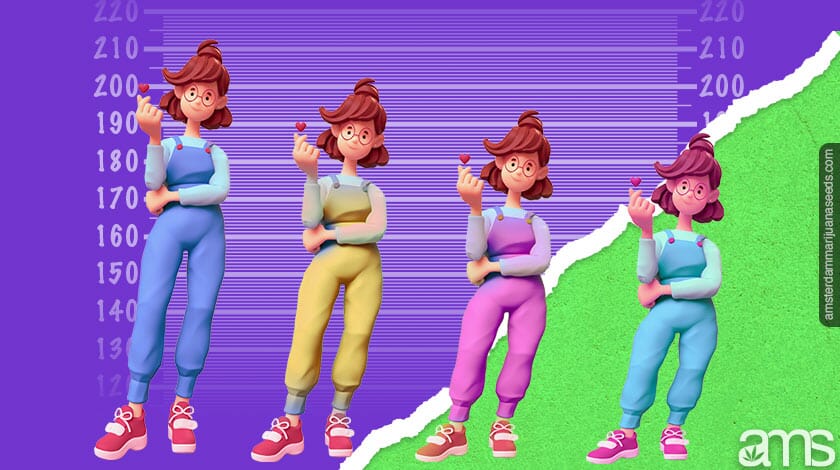 Finally, high-quality sinsemilla seeds are more expensive than other types of cannabis; on the other hand, you get higher-quality weed. You can not put a price on that!

5. How Sinsemilla is made and how to grow it

For novice growers, we would recommend starting indoors because this provides for more controlled environments which makes it easier to avoid the fertilization of the female cannabis plant. Buy a high-quality Feminized strain so that you don’t have to worry that any male flowers will sprout and crash your party!

You will need female plants, so purchase feminized seeds from your friendly local neighborhood webshop Amsterdam Marijuana Seeds. We have a wide selection of high-quality feminized marijuana seeds.

The sprouting of the seed is the first step to becoming a plant.

The germination process begins when the seeds take in water. Therefore, water activates proteins and enzymes within the seed to produce a root.

Transfer your germinated seeds into a small pot and add high nitrogen and potassium fertilizer blend to the soil for faster growth. Experts recommend liquid fertilizers for a straightforward application.

The plants grow significantly while progressing during the vegetative stage. Do not forget to transfer the plants to a bigger container to avoid overcrowding; the more room the roots have to grow, the bigger your plant can become!

Feed the plants with the right nutrients. These should have a high amount of potassium and phosphorus. This should help the plants develop healthier and larger flowers.

Remember it’s not advisable to water the plants in the late flowering stage.

This is to allow the buds to breathe and let the moisture escape. In four to six weeks, your weed will have been cured fully.

The Biology Behind Sinsemilla

A female plant will begin to flower in the late summer. The time it takes from the first sign of showing flowers to when they are fully ripe and ready for harvest is referred to as the flowering period.

During this period, fertilized cannabis plants produce seeds, eventually dropping them and dying as the temperature cools.

However, unfertilized cannabis plants live longer and produce flowers for up to a month.

Vegetative growth of the stem and leaves would have ceased at the beginning of the flowering cycle, so now there is more energy to produce larger and more developed flowers. 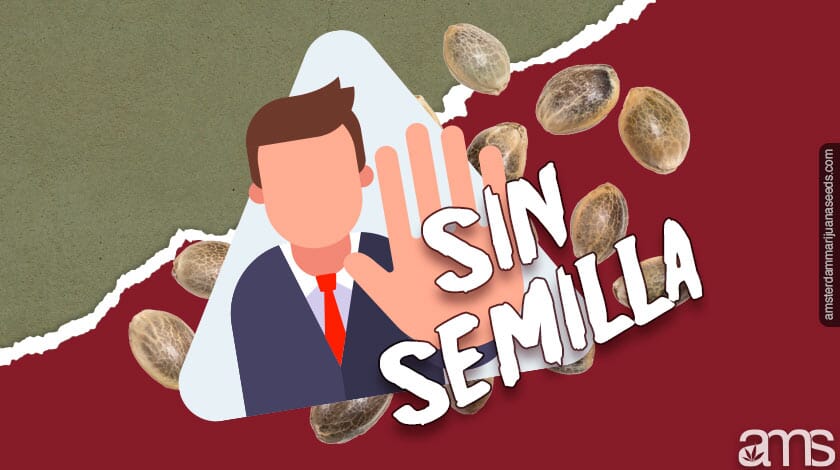 The extra metabolic energy for seed production is considered a factor contributing to the increased potency. Cannabinoids are a component of the resin that forms outside the bracts, the part which holds the seeds.

The critical factor that created this rise in the potency of cannabis is the increase in the proportion of high-potency seedless cannabis compared to the former seeded marijuana.

Whether you call it Sinsemilla, Sinsemilla, or feminized weed, it all means the same thing: seedless cannabis! 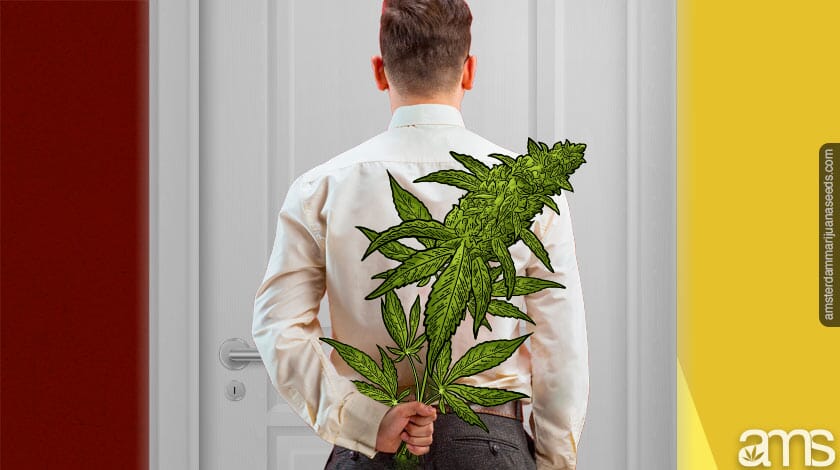 There is no particular sinsemilla Indica strain; you can grow any strain into seedless marijuana. The easiest way to do so is via feminized seeds and growing indoors. You can keep the male plants out. And that’s all it takes.

If you still have any doubts, We are here to help you grow every step of the way; we have a free grow guide and an experienced Customer Service team that will hold your plant along the way. 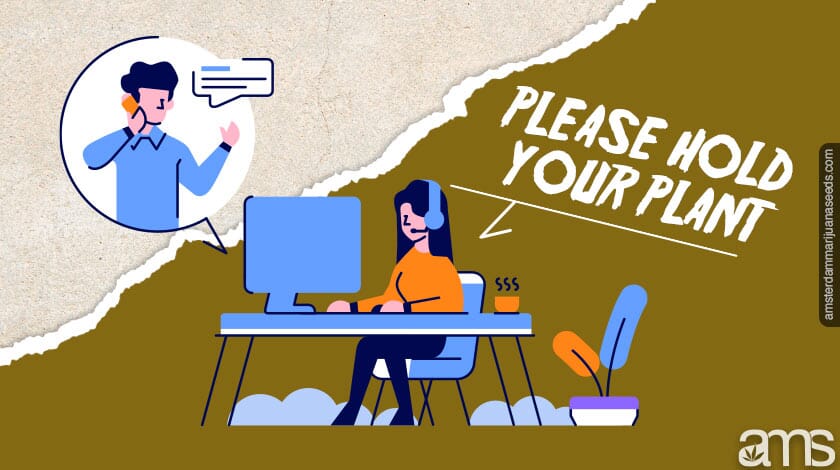 As we love cannabis and love helping growers grow it,

Happy growing to you! 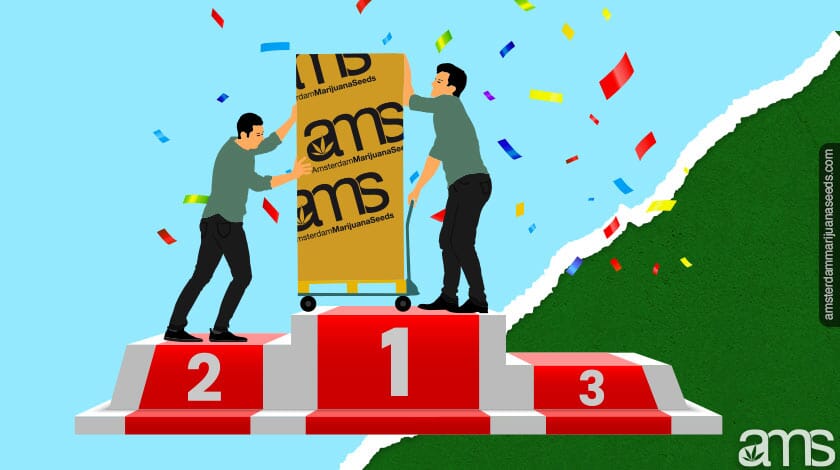 It can be neither nor/or both; Sinsemilla describes a bud without seeds. There is no specific sinsemilla strain.

Very much so! Fewer seeds favor the production of resin, flowers, and “oomph” when smoking. Who doesn’t want to enjoy this? This is done to give you the best cannabis.

There are no effects specifically for seedless marijuana. It depends on which strain you have grown. But considering the high THC, you might experience a heightened awareness of color, increased appetite, and relaxation.

You can add Sinsemilla to tobacco and smoke it as a “spliff” or on its own. Of course, your smoking method will depend on your preference. You can also smoke it using a bong, which is one of the significant ways users prefer.

The process of growing Sinsemilla is quite simple. First, growers need to obtain female Cannabis plants that male plants have not pollinated. These “unpollinated” females will be grown in a controlled environment, such as a greenhouse or indoor grow room. Once the plants have reached maturity, they can be harvested, and the buds will be trimmed and cured. The result is a high-quality, potent weed that is free of seeds!

CBD… What is it? And does it help you relax?

FDA Approves Marijuana-Based Epilepsy Drug For Use On Kids In…