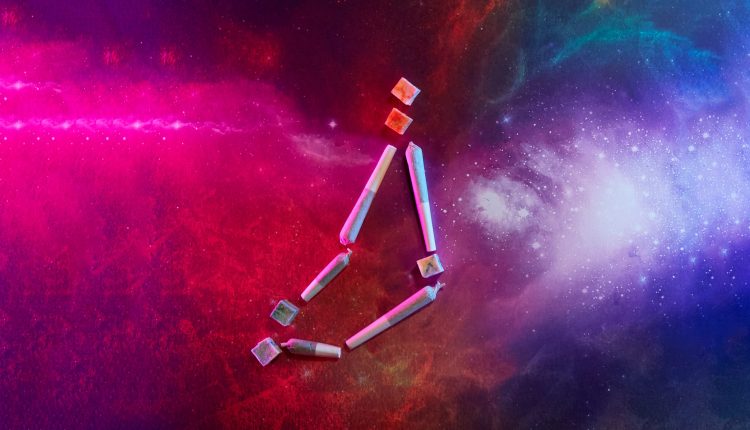 When it comes to shutting it down or lighting it up, Capricorns bring just the right amount of ambitious and focused energy. So it’s very appropriate that Capricorn season should encompass both the end and the beginning of each year.

If you find that in the short, wintery days between December 22 and January 19 you’re suddenly feeling inspired to finish everything you started in the last 12 months, thank the cardinal earth sign. Capricorns are the bosses of the zodiac, and whether they want to admit it or not, everyone kinda wants a piece.

Depicted as single-minded, mermaid mountain goats, they make scaling impossible surfaces and swimming against insurmountable tides look easy. Capricorn energy can be persistent, meticulous, and virtuous, and while folks born under this sign may seem outwardly chilly, their season brings out the most sincere and soft-hearted in all of us. At its essence, Capricorn is an immaculate vibe that should be exploited whenever possible.

Whether you’re looking to maximize your Cappy season productivity or build a stash of strains that deliver that high-functioning stoner Capricorn spirit, consider these cultivars, curated by an actual Capricorn (rising).

Find strains for every sign on the Weedmaps app

Alaskan Ice is a cross of White Widow and Haze that reportedly delivers uplifting effects with a mellow bent. Consumers report a soft focus in the head that can feel highly introspective considering the perky genetics of its parent strains. When restrained, Capricorn energy is what you’re looking for, Alaskan Ice might be the perfect puff to take control of your life.

Expect a spicy pine aroma and a grassy, woody exhale.

For those who need to lean into a more focused Capricorn energy, Sumo Grande can be a great cultivar for acuity — aka, Big Brain-type stuff.

This strain was bred from a cross of Hong Kong and Nina Limone, and the resulting flower is a zippy hybrid that delivers both mental clarity and an effervescent physical balm that makes falling into a flow state that much easier. FYI: the flow state is where Capricorn energy thrives, try not to get swept away.

Expect a tangy citrus nose and a lemon candy exhale.

Tokers looking to cash in on some cool-older-sibling Capricorn energy might appreciate the unique effects delivered by Triangle Mints, a cross of Triangle Kush and Animal Mints. It leans perky but not so much that the highs become manic. Rather, consumers describe dissociative highs that are velvety and relaxing while maintaining focused.

Therapeutic consumers report this strain’s efficacy in evaporating stress and anxiety. If the squad needs to boss up, bring this to the circle and watch everyone’s self-discipline suddenly fall in line.

Expect a gassy, herbal nose and a sharp, minty exhale.

Capricorn energy is deliberate, but it’s also icy AF. So when the mood calls for effects that leave a cool but rosy calm, a cultivar like Cream might be the answer. Cream’s genetics slant toward ultra relaxation, but consumers report a creative stimulation that makes the high colorful and euphoric rather than sleepy and dissociative. If Capricorn season demands your resting B-face (you’re not alone), Cream may help you lean into your apathy without dulling your shine.

Expect a sweet, creamy perfume and a flowery, diesel exhale.

Fitness stoners hoping to drink some super-focused Capricorn juice before their next long workout might consider The Soap, a peppy phenotype of Triangle Mints. It’s ideal for those who prefer a straightforward landrace-style delivery to a nuanced, cerebral hybrid.

Fans of Capricorn feels and Cookies genetics might enjoy Zookies, a balanced hybrid of GG4 and Animal Cookies. Consumers report it tends to deliver fast-acting, hard-hitting, long-lasting bliss. Body effects are reportedly heavy to the edge of sleepy, but the head highs can be soaring and euphoric.

Novice consumers should anticipate an altogether sedative high, but the more experienced may be able to revel in the finer nuances of Zookies. Therapeutic consumers report a cottony calm head high and a cashmere-soft physical relaxation that might help with aches and pains.

Expect a tropical fruit funk in the nose and a flowery, herbal exhale.